The concept model of Xiaomi smart glasses has finally become a reality after a year and now enthusiasts can order it.

Last year, Xiaomi introduced its smart glasses concept model for the first time, and now, after less than a year, the prototype of these glasses has been produced and unveiled.

Officially named Mijia Glasses Camera, Xiaomi’s smart glasses function like a camera and are now available for pre-order on the company’s crowdfunding platform. According to the reported news, the price of the prototype of these glasses is 2499 yuan, equivalent to 370 dollars. This smart glasses with a weight of about 100 grams, uses a customized chipset based on Snapdragon 8 and a dual camera system with 5x optical zoom. 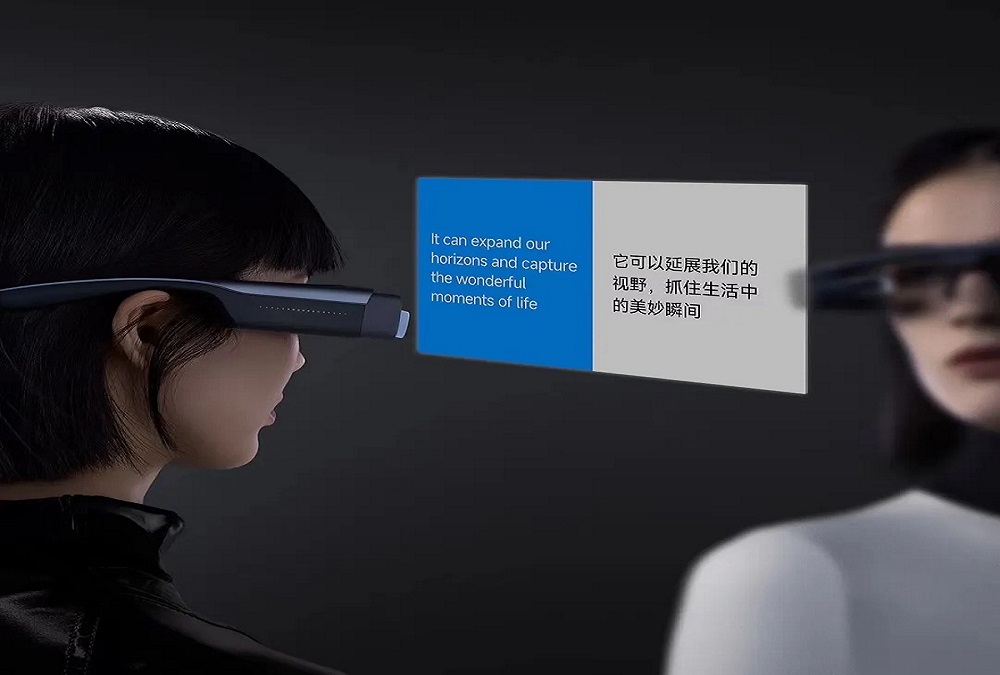 Along with the Snapdragon chip, this glasses uses 3 GB of RAM and 32 GB of internal storage space. Apparently, these glasses have an independent ISP (image processor). The Xiaomi glasses are equipped with a silicon OLED display with TUV certification to control blue light levels, a maximum brightness of 3000 nits, 1800 nits for the eyes and a pixel density of 3281 ppi.

The dual camera system of these glasses includes a 50-megapixel main camera with support for Quad Bayer pixel composition technology and an 8-megapixel telephoto periscope with OIS stabilization that can record 100 minutes of continuous video.

The Xiaomi glasses are powered by a 1020mAh battery that supports 10W wireless charging. Also, Xiaomi has claimed that the charging of these glasses reaches 80% from zero in 30 minutes. Other features of these glasses include fast translation of the text on the screen and support for Xiaomi’s artificial intelligence assistant (XiaoAI).

As mentioned, this product follows crowdfunding guidelines, meaning that the company raised the necessary funds to mass produce the device by selling pre-orders, and then made the glasses public at a price of 2,699. Yuan, equivalent to 400 dollars, will supply.

What do you think about Xiaomi smart glasses? Share your opinion with Tekrato in the comments section and Technology News Follow with us.