Thanks to Elon Musk’s special strategy for Twitter’s blue tick, now one The first prophet on Twitter It has an official account with a blue tick! Yes Jesus Christ on Twitter Appeared!

Not much time has passed since the ownership and CEO of the world’s richest man on Twitter, but during this time, great changes have occurred in this popular social network. One of the changes, which has been stopped for now, is the sale of Twitter’s blue tick in a $8 subscription. Thanks to this change, one of the old users of Twitter was able, after nearly 16 years, for an account named Jesus Christ on Twitter Get a blue tick.

Since the idea came up Twitter blue tick saleUsers can get a blue tick by purchasing the Blue service without authentication, and this issue has caused problems since the start of this plan, which has caused this plan to be stopped for now.

Among the users who took advantage of the opportunity, a user with an account Jesus Is. The similarity of his username with the Prophet of Christianity has created interesting situations and accordingly he has had an interview with Insider.

Although for security and privacy reasons, the real name of the account owner has not been revealed, but he said that he is not Jesus Christ in the real world and only uses this title on Twitter! 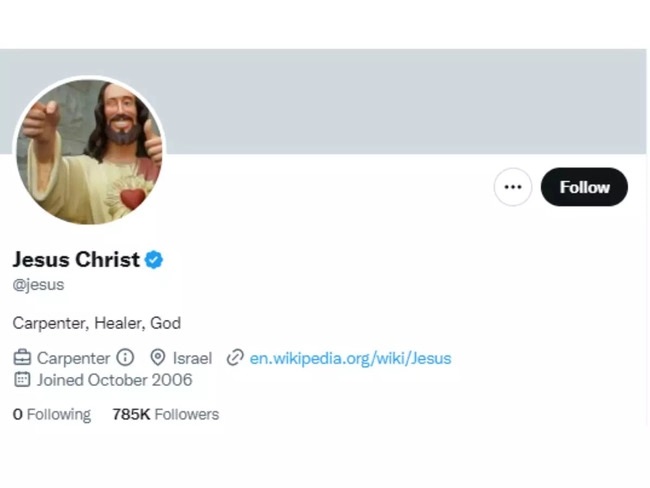 Jesus Christ account He started his activity on Twitter in 2006 by publishing funny tweets near Christian holidays. In the nearly 16 years that this account has been active on Twitter, its owner has tried several times to get a blue tick, but as it seems natural, this request was rejected by Twitter.

Now, Elon Musk’s ownership of Twitter provided an exceptional opportunity for this user to quickly get a blue tick for his account by purchasing Twitter Blue. Despite receiving the blue tick, the account owner objects to the new system:

“Somehow I verified the Jesus Christ account on Twitter to show how ridiculous the new verification system is. Of course, I’m not Jesus Christ, and of course he doesn’t have a Twitter account either, so how does one get verified? it’s not logical.”

This user said that he doesn’t have a specific plan for the future of his account and only uses it to publish funny messages. Of course The owner of Jesus Christ’s Twitter account He said that due to receiving threatening messages and even death threats, he tries to remain completely anonymous.

What do you think about the presence of Jesus Christ on Twitter? Share your thoughts with us in the comments section Technology News Follow with duplicates.