Gholamhossein Mohseni Ajeei, during his recent trip to Bushehr, demanded to determine the task of the Bandar Abbas customs cars case as soon as possible.

The head of the Judiciary, who recently in Bushehr, demanded the assignment of 2,000 cars to be stored in the customs office as well as the warehouses of the Property Organization. These cars have remained in the state of sedimentation since the introduction of the car import ban law. Most of these cars are from 2017, and as a result, they have been unused at the customs for about 5 years, and naturally, many damages have been caused to them during this period.

Read more: Localization of auto parts is the key to the auto industry’s resistance to sanctions

At the same time as the car import ban law was enacted in 2017, more than 12 thousand cars were deposited at the customs. Of course, the previous government allowed the importers to solve the legal problems of these cars in four stages and get their clearance. During these steps, about 10,000 cars were removed from the depot, but still more than 2,000 cars remained in the depot, and probably with the resumption of imports and judicial investigations, the fate of half of them will be determined soon.

According to the spokesman of the Customs Organization, out of the 2000 cars that have been deposited, 900 have problems with order registration, but with the resumption of imports, the possibility of order registration will be provided for these cars. After clearance, car owners can return them and sell them inside or outside the country. Of course, due to their oldness, the international market is unlikely to have a desire to buy these old models. 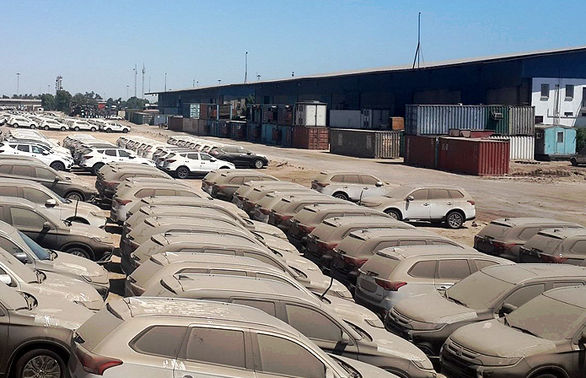 Regarding the other 1000 cars, it should be said that these cars have two important legal problems and as a result, the law and the judiciary must make a decision about them. Some of these cars are suspected of being smuggled, and if this is confirmed, they will be handed over to the Property Organization.

Another legal problem is related to the private plaintiffs who, despite paying the money, faced the importer’s dishonesty and were unable to take delivery of the car they wanted. A court case has already been filed for these cases and after conducting the necessary investigations and acquittal, the vehicle clearance license will be issued.

According to the recent statements of the customs spokesman, the assignment of 2,000 depot vehicles at the customs is the responsibility of the upstream agencies. However, the government and the judiciary can help in the process of their discharge.

What is your opinion about the story of Bandar Abbas customs cars? Share your thoughts with Tekrato in the comments section Technology News Follow from Tikrato.