Story The presence of a female Israeli soldier at the Shiraz airport It has been controversial for some time. But what is the story and what was this soldier doing in Iran?

According to Hamshahri Online, Haaretz newspaper reported the emergency landing of a passenger flight from Origin: Tashkent, Uzbekistan To Destination Dubai In the airport Shiraz informed that the carrier of a Israeli female soldier have been. This flight was due on Thursday last week pilot anesthesia It has made an emergency landing in Shiraz.

The presence of a female Israeli soldier at the Shiraz airport

It is said that during the stop of this plane in Iran, the Iranian authorities did not take any action to check the identity documents of the other passengers on the flight, but the Israeli authorities are sensitive to the situation. The Israeli passenger of this plane have been following Finally, the Tashkent-Dubai flight left Iran after a few hours of stopover in Shiraz and went to the UAE.

At 6:00 a.m. this Thursday, the fifth of November, a Fly Dubai passenger plane from Tashkent to Dubai made an emergency landing at Shiraz Airport. 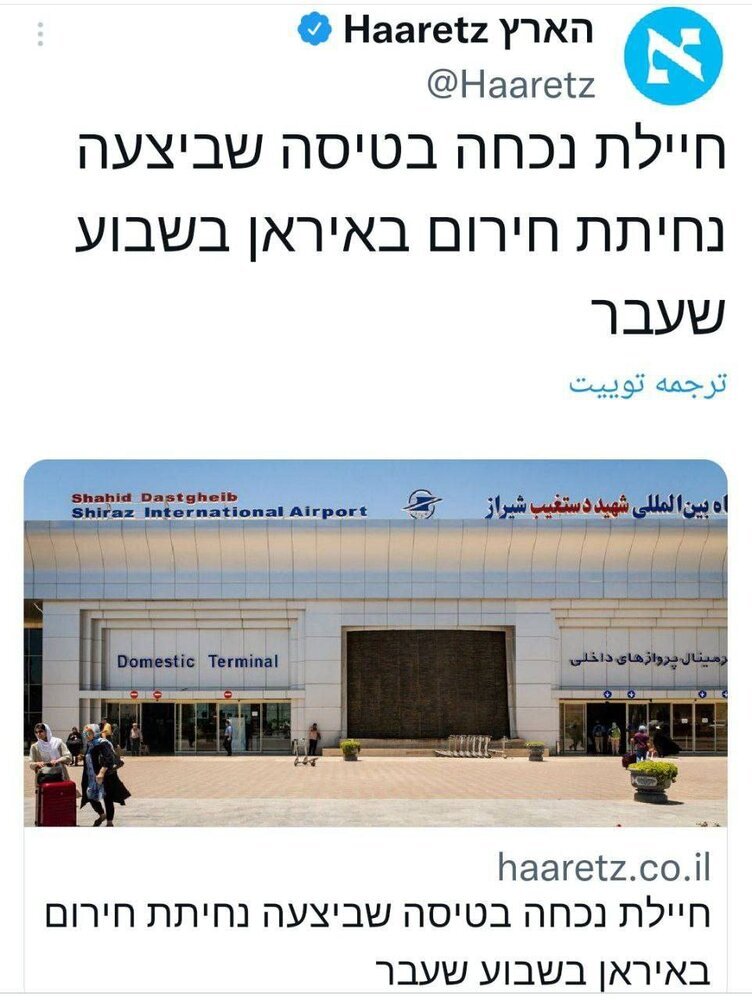 He said: “This plane, which was a Fly Dubai flight, Boeing 737 Series 800, landed at this airport with an emergency announcement due to the unconsciousness of the first pilot.”

The Director General of Fars Airports stated that after the arrival of another pilot from Dubai to Shiraz, this plane left Shiraz Airport at 4:00 PM after the flight ball was replaced by Fly Dubai.

What is your opinion about the presence of Israeli female soldiers at Shiraz airport? Share your thoughts with us. Previous post Man on the threshold of entering automation; The future of work has such a perspective!