FIFA Player application which has the ability to measure the performance of football players in a short time after each match, has been introduced for the Qatar World Cup.

One of the goals FIFA’s Vision 2020-2023 Using technology to provide the best service to football, players and the game. This is how FIFA will process players’ personal data. Moreover, the aim of this new technology is to improve the quality of matches. All 32 participating teams will have access to analysis and information after the game. The FIFA team also takes steps to keep all personal information safe and secure.

Read more: artificial intelligence prediction of the World Cup; Messi and Ronaldo in the final!

The provided data is synchronized with the match footage so that players can see all the key moments of their performance in detail recorded from different camera angles. In addition, several photos will be taken of each player at key moments of each match and will be available to each player, who will be able to save or share it if they wish.

This program has been successfully tested with players from different teams FIFA Arab Cup 2021 It was also presented to the teams participating in the FIFA World Cup in the recent team workshop in Doha.

This app will allow each player to access performance data shortly after each match (player-performance) have their own access.

In this application, advanced football data will be calculated using advanced event data captured by a team of trained FIFA football performance analysts and combined with trackable data. For example, this data includes the following: 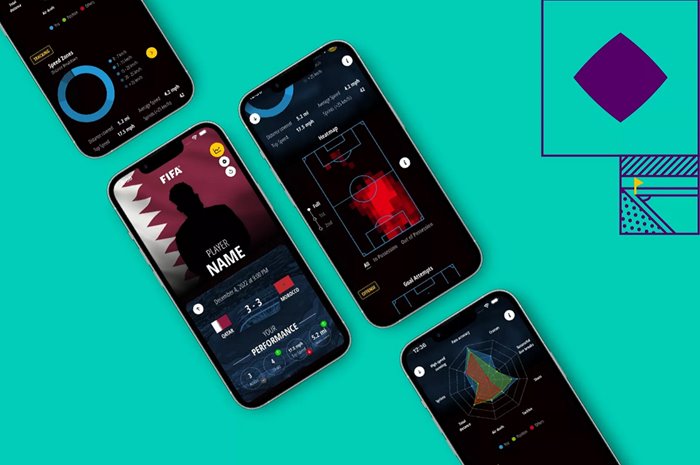 Also, physical performance through a Tracking system It will be collected very accurately in the stadium consisting of several cameras located around the field for maximum player coverage. The criteria of this performance include the distance traveled at different speeds, the number of movements at speeds above 25 km/h, and the maximum speed, all of which are displayed in the form of heat maps.

The Advanced Football Intelligence Benchmarks are composed of the efforts of FIFA’s Football Performance Analysis team by developing a series of algorithms and models that are applied live to integrate event and tracking data. The new benchmarks include innovative and exciting ways to analyze the game. Among these methods, it is possible to point out the phase of the game, line breaking events, receiving positions and pressure on the player who has the ball.

Johannes Holzmüller Director of FIFA football technology and innovation In this regard, he said:

“This player-driven development is based on direct player feedback and shows how FIFA is best using technology to improve the football experience for key players on the pitch.”

Players can access this app for the first time when they arrive in Qatar. Therefore, each player received a separate player card, which includes a QR code To download the FIFA Player program.

Teams will have access to the collected datasets through the FIFA Football Data Platform. The information and video of each game may only be used by participating teams for performance analysis and match preparation.

Just minutes after the final whistle, players have the opportunity to access their individual performance data and the corresponding video footage from the match.

It should be said that according to Simon Colosimo, Deputy Secretary General of FIFPROthe players have made it clear to them that they intend to have more access and benefit from their data collection. FIFA Player application In the field of compliance with the charter of players’ data rights, it has been successful and has been able to comply with the rights of personal data. In addition, it has provided a new source for players in the Qatar World Cup. The joint FIFA and FIFPRO project on player data is expected to help them reap benefits in a wide range of areas including health and performance, in-game technology and matchday experience.

Your opinion about FIFA Player application What is? Share your thoughts with us in the comments section Technology News With duplicate follow.