As we said, Irankhodro Group shortly before the plan Haima S5 installment sale October 1401 had unveiled and today this project officially started and its details were announced.

Read more: The details of the auction of the parked cars were announced

Iran Khodro, in continuation of its special sales plans and in line with creating the possibility of registration and equal opportunity for all car applicants and creating a mechanism to identify and supply cars to real consumers, the Haima S5 cash and installment sales plan without lottery by removing the active license plate limit and reducing the distance It has introduced the previous registration time from 48 to 18 months with a delivery time of 30 days. This project started this morning on October 6, 1401 at 10:00 AM and continued until the capacity was reached. 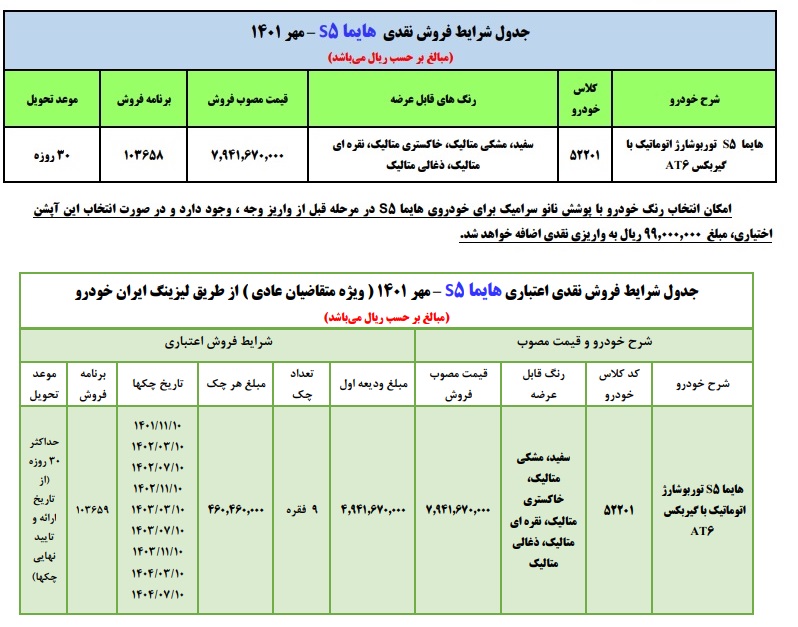 What do you think about the installment sale details of Haima S5 Mehr 1401? Leave your comments in the comment section duplicate Share and Car news Follow with us.