According to the latest information, a Chinese stray rocket that was sent into the earth’s orbit for the development of the Chinese space station is on the verge of hitting the earth.

The Long March B5 rocket, which was sent into orbit with the aim of developing China’s space station, is now out of control and it is not unlikely that it will crash somewhere on Earth soon.

Experts predict that this rocket will hit the ground in the next few days and probably by August 9, but the exact location of this rocket is currently unknown.

Read more: China announced the creation of artificial intelligence model on the scale of human brain

Chinese stray rocket is about to hit the ground

After completing its mission, Long March B5 enters a temporary orbit and the possibility of its fall leads to one of the largest uncontrolled landings on Earth. This issue, along with its high speed, has made it difficult to predict the place of its fall after entering the earth’s atmosphere.

According to the available information, since 1990, no object with a dimension of more than 10 tons has hit the earth in such an uncontrolled manner, while the central core of this space debris alone weighs 25 tons.

This is the third time that the remnants of the Long March B-5 rocket entered orbit after launch and hit the ground uncontrollably. Two years ago, debris from an out-of-control nuclear stage fell on a residential area along Africa’s west coast, and last year debris from a rocket was thrown into the Indian Ocean near the Maldives. 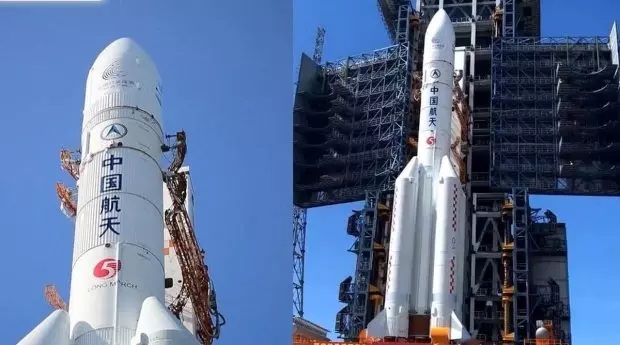 Fortunately, no one was harmed in both cases, but scientists are very worried about the possible damage and consequences of such uncontrolled falls due to the number of rockets that are launched every day. During the 2021 event, NASA Administrator Bill Nelson said in a statement:

Spacecraft sending countries should minimize the risk of re-entry of space objects to people and property on Earth and implement transparency about these operations.

The main problem seems to be China’s lack of commitment to complying with international standards in its space debris control. It is very important that China and all spacecraft manufacturing countries act responsibly in this field to ensure the safety, stability and long-term sustainability of space activities.

What is your view on the uncontrolled fall of the Chinese stray rocket? Share your comments with us technology news Follow from Tikrato.