Programs that are able to convert photos to text are very popular and are used by many users. In this article, we introduce the best photo to text conversion software.

Although everything has become digital, the use of paper is still prevalent in things such as books, bills, newspapers, etc., which seem to change over time.

There is a solution called OCR to convert documents. OCR software allows you to digitize printed written documents and convert them into editable versions. Optical character recognition, or OCR, is a program that converts scanned images of printed or handwritten text into machine-readable text formats.

This efficient technology can also be used to extract text from images. In addition, using OCR you can convert tables in printed text to Excel format and PDF old books in such a way that the text in their images is also searchable by the software with which you open the PDF.

As you can see, these programs are very attractive and practical. If you want to use these programs and follow The best photo to text conversion application for Android And if you have an iPhone, stay with us.

The best note-taking apps for Android and iPhone

The best slow motion app for Android and iOS

The existence of technology has significantly increased the speed and efficiency of doing various tasks; Until now, there are tools such as photo to text conversion programs that can save us from the complexities and tedious work.

These programs are very useful and functional and can act as a savior. Using photo to text app for iPhone and Android is a great opportunity to collect data, take photos and convert images to text without having to type them in word program. The best photo to text conversion software are introduced below. 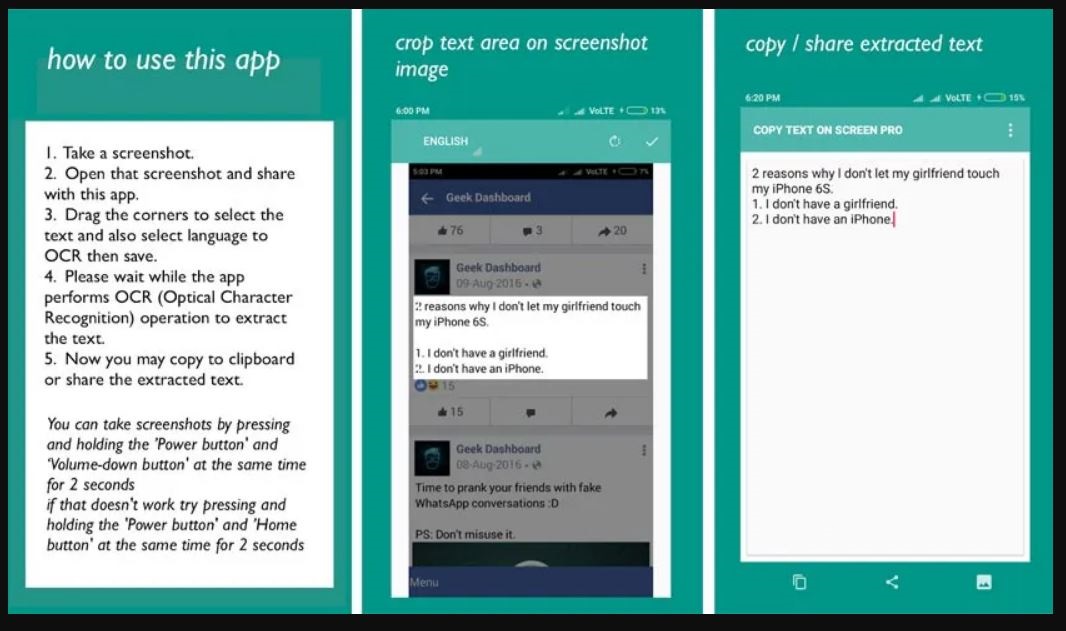 Image to Text – OCR is one of the best applications for converting photos to text that many recommend. This program has a high review and rating in Google Play Store and can convert your photo to text very quickly.

Fortunately, this app is free and you don’t need to pay or sign up to get started. In addition, Image to Text -OCR is a multi-scanning tool that can recognize numbers, special characters and alphabets and convert them all to text. 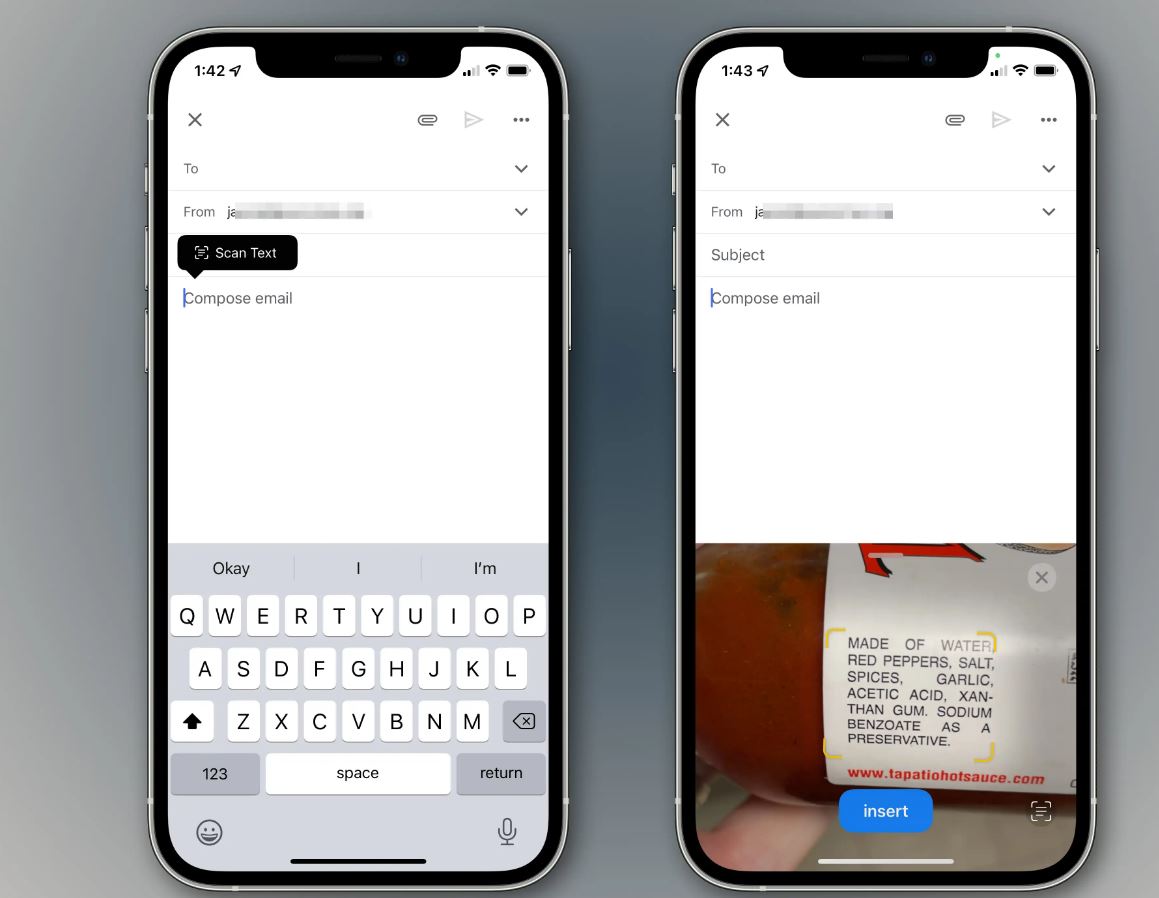 This program is the best application that can quickly convert your photo to text. Not only can you extract text from photos with this program, but it is also a great technique to translate your text into more than 100 languages.

This program can be the best solution for copying handwritten notes and using their information for a thesis, as well as an application for writing school assignments. 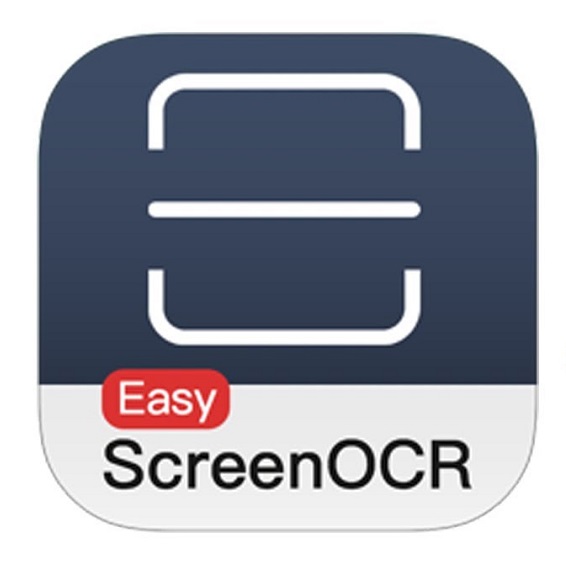 This is one of the best photo to text conversion software for Android and iPhone. Easy Screen OCR photo-to-text conversion application uses Google’s cloud-based recognition engine to convert photos to text.

This software uses the internet to convert text to image. Through this program, you can easily convert photos to the texts you want. In this context, the program has used a very good identification engine in which the percentage of errors has been greatly reduced.

CamScanner is the best all-in-one OCR app that can be used for multiple tasks like scanning documents and converting images to PDF. CamScanner’s advanced OCR feature is not free. Of course, its accuracy is lower than other OCR scanner programs on the market and it is possible to make mistakes.

This text scanner app provides a cloud storage account that can be used to store all documents and images. It also offers good support and the app’s UI is easy to navigate. CamScanner is the best iPhone photo to text converter but it also supports Android.

PDF Scanner is an efficient image-to-text conversion program with free OCR technology. Users can scan images for text and then easily convert it to a PDF file.

The user interface of the program is very convenient and supports more than 100 languages. It can be used even without an active internet connection. This iPhone photo to text converter also has an Android version that users can use.

Adobe OCR Android app is probably the most popular document management app that enables its users to point their camera at text and it will automatically scan and recognize it.

Smart Lens program, which is one of the best software for converting photos to text for Android and iPhone. This image to text conversion app not only allows its users to scan various documents and convert images to text, but also helps to translate that text into other languages. It can also recognize name, number, address and email id to scan business cards.

Users can convert and scan any image or document even if it is in a foreign language. The professional version of this program is paid and by purchasing it, ads can be removed and allows users to use the program for an unlimited number of scans.

The best WiFi hacking program; How to hack Wi-Fi?

The best game hacking program; Enjoy the game without limits

Evernote Scannable is an easy and smart OCR app to convert image to text. This program scans and recognizes different types of documents and can also be used to crop, rotate and change the brightness of scanned images.

You can choose a format to save scanned images. Also, the text scanner app can recognize the visitor card when scanning and save the card details for you. This app is available for iOS and Android, but it is recommended for iPhone users.

Text Yar is the best photo to text conversion application for Android and a text converter that processes received images and extracts the text in them. In this program, OCR or character recognition technology has been used to convert photos to text, which has made Text Yar one of the most accurate tools on the market for Persian text.

This application can be used for Android and iPhone and supports Persian language. But if your text is English, this tool has the most accurate methods available in the whole world of technology. When you turn on this application, you can scan or convert various documents with it.

This great note-taking application produced by Google has many creative uses and interesting tricks. One of the attractive uses of this application is having internal support for OCR.

According to the tests, it seems that Google keep is able to convert photos to text both in simple text formats and in more complex formats and preserve the formatting of the original text to a large extent.

After working with this Android application, the desired text is extracted from the image within a few seconds.

Function of text scanner Text Scanner [OCR] Very close to Google Keep. The app claims to support more than 50 languages ​​including Chinese, Japanese, French and many more. This application even supports extracting text from handwritten texts and the application interface has very useful scanning features such as zoom and brightness adjustment slider to record the text as clearly as possible.

This application, which is considered one of the best photo to text conversion software for Android, is one of the few programs that supports extracting text from handwriting, so it is worth trying.

The best Iranian YouTubers and streamers

Another one of the best photo to text conversion software for Android is Text Fairy, which is able to recognize text from more than 50 living languages ​​in the world, including Chinese, Japanese, Dutch, French and many others. It also supports several types of Indian languages ​​such as Hindi, Bengali, Marathi and Telugu.

This program scans plain text documents easily, but it may encounter problems when recognizing text from more complex pages that include images, and it also has trouble recognizing colored letters and handwritten texts.

OCR Text Scanner has a very simple Android user interface and supports more than 55 languages ​​including English, French, Italian, Swedish and many more. Based on the tests, it seems to work well on documents, although it may occasionally run into a few minor issues, such as dropping a word or two.

This program is not able to recognize the text of images of handwritten texts. It also contains in-app ads, so you have to wait about five seconds between each scan.

Text Scanner application has one main purpose and that is to convert photos to text. This program has very good features for scanning a printed page. However, the results of scanning the handwritten text by it are not very promising.

The free version of this app does not offer offline photo to text conversion on Android. In addition, at every stage of using the program, you will see a suggestion to get the ad-free version.

In this article, we reviewed and introduced the best photo-to-text application for Android and iPhone. Using photo-to-text conversion programs allows you to convert the text hidden in the photo into descriptive text without typing. Photo to text conversion was one of the technologies that created a revolution in the world of digital writing and typing as soon as it arrived. Photo to text conversion tools were very helpful for typists and other people working in related jobs.

What is the best app to convert photos to text on iPhone?

In this article, we introduced the best photo to text conversion software. These apps are available for both Android and iPhone. Among the introduced applications, the most suitable ones for the iPhone operating system are Microsoft Lens, Evernote Scannable, PDF SCANNER, etc.

What do you think about the best photo to text converter software? Please share your thoughts with Tekrato and other users in the comment section.