iPhone 13 Pro Max was introduced last year as one of the best phones in the field of battery life, now the battery life of iPhone 14 Pro Max has been determined.

Apple at the unveiling event iPhone 14 series Announced that the phone iPhone 14 Plus, will have the best performance in terms of battery life. Now, the results of the iPhone 14 Pro Max battery life test have been published.

Read more: Comparison of iPhone 14 with iPhone 14 Plus; What is the difference?

iPhone 14 Pro Max It supports a 4323 mAh battery. Regarding the capacity of this battery, it should be said that compared to the previous version of the Apple phone, the capacity has decreased by nearly 29 mAh, which, of course, does not cause much change compared to before. 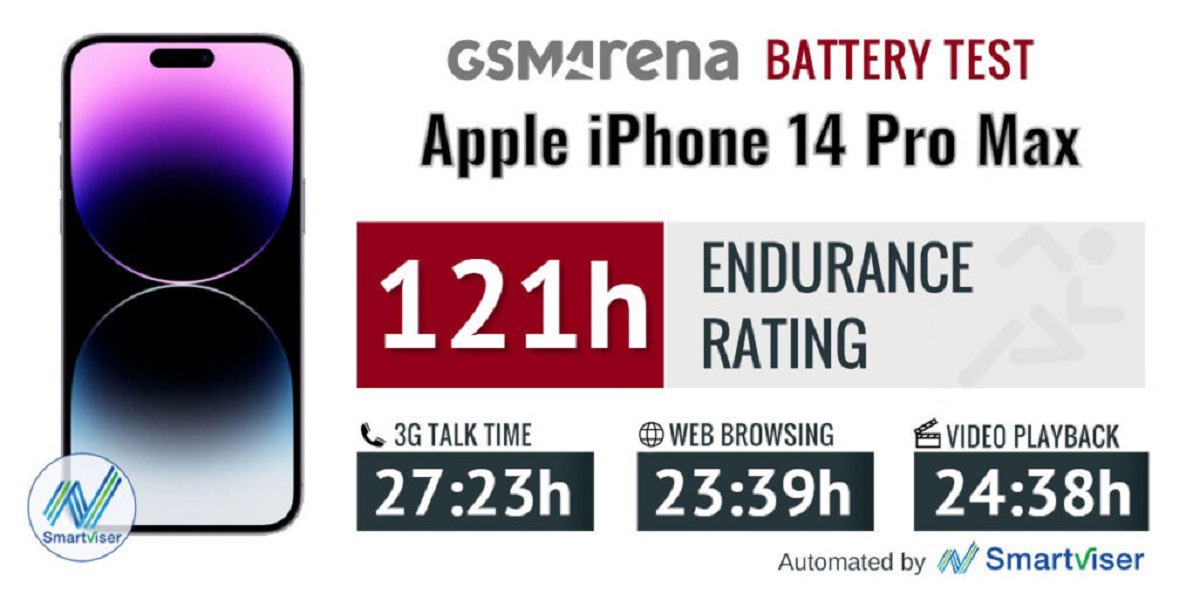 also iPhone 14 Pro Max Compared to the iPhone 13 Pro Max, it offers better performance in terms of always-on display. According to the tests conducted on the battery life of the iPhone 14 Pro Max, we must say that this phone has recorded a record of almost 24 hours (23:39 hours exactly) in the field of surfing the web with Wi-Fi, which is about three and a half hours more than the test iPhone 13 Pro Max. It goes without saying that part of it, apart from the optimal performance of the battery, is chip And the new display used in this phone is related.

This new phone has also recorded a duration of 24 hours (exactly 24:38 hours) in the field of offline video playback, which is about half an hour longer than the iPhone 13 Pro Max. In terms of conversation time, it has not changed much compared to iPhone 13 Pro Max and with only 3 minutes reduction, it offers almost the same performance compared to the previous version. Although the battery consumption is higher when the phone is ready to work, but in total, this phone has earned a score of 121 hours in terms of battery life. 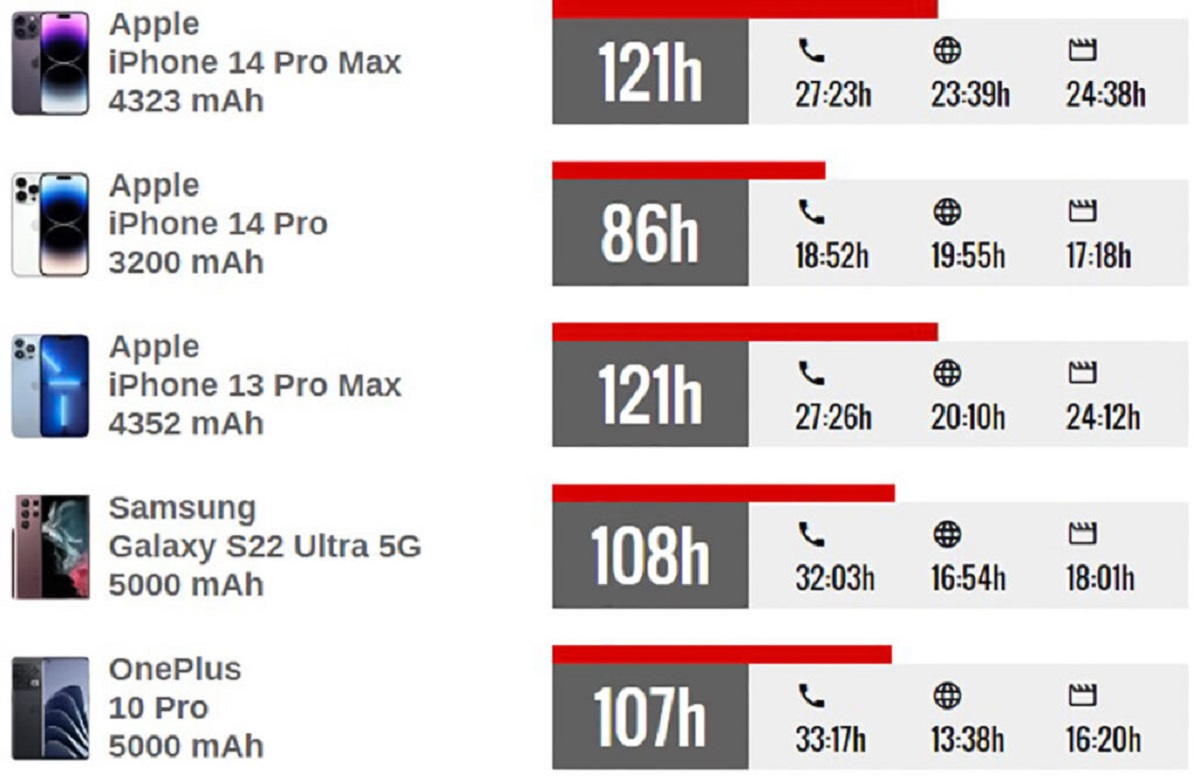 It should be noted that the iPhone 14 Pro Max does not use a charger in its box. However, some operators put a 20-watt charger inside the box of this phone, and in this test, the same 20-watt charger was used to charge the phone’s battery. In the first 30 minutes, the 4323 mAh battery of the iPhone 14 Pro Max charges a little more than the iPhone 13 Pro Max. In fact, this year’s model will be charged 48% in the first half hour, and last year’s model will be charged 42% in the same period.

Last year the phone Pixel 6 As the flagship of the Google company, in the mentioned tests, it has obtained almost the same score as the iPhone 14 Pro Max. Therefore, if you are looking for a phone with a high battery capacity and fast charging, we suggest you to go for Samsung Android phones so that you can experience the strong performance of these phones in this field.