“360 degree view” feature to the map and badge router has been added. With the addition of this feature, you can see the streets of 14 Iranian cities with a 360-degree view.

According to the statements of the CEO of Nishan, about 2,700 hours of driving have been done to add this capability and take pictures of the streets of these cities. Now Nishan application is the first Iranian route finder that users can use to see the view of different streets.

The main feature of the 360-degree view is that users can easily see the environment of the desired street before moving to the destination. On the other hand, they can do the necessary checks about the place they want. Also, some special places that are not registered on the map and are not displayed, can be displayed through the 360-degree view. 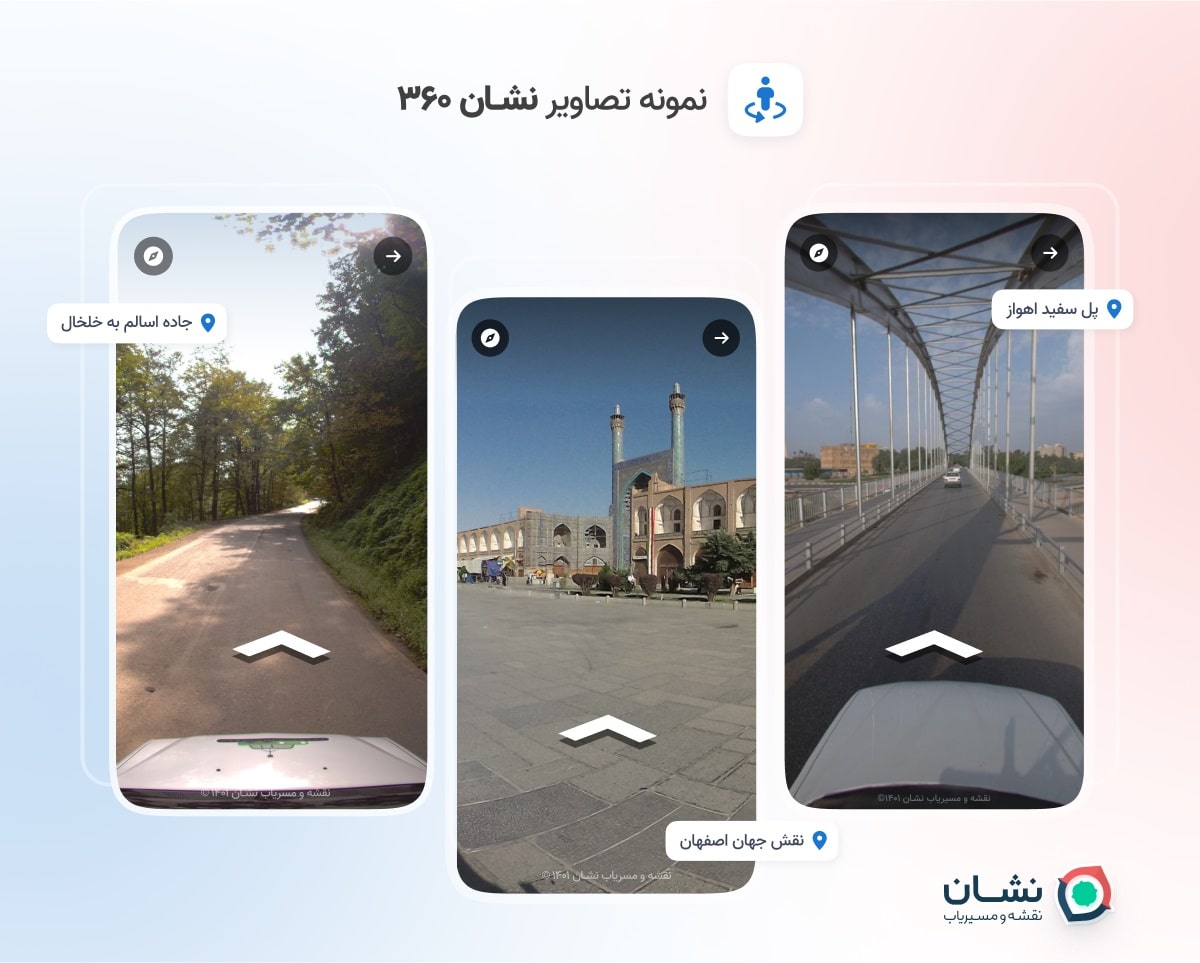 The landscape viewing feature allows users to fully view their destination before traveling and even choose special areas for sightseeing.

One of the most important features of this application is to watch places that users have not seen up close. For example, with this application, users can view Islam Road towards Khalkhal or Naqsh Jahan Square in Isfahan and even the beautiful nature of Qeshm.

According to reports, this application is active in 14 cities of the country, including Tehran, Mashhad, Isfahan, Shiraz, Karaj, Ahvaz, Qeshm, Urmia, Qazvin, Ardabil, Tabriz, Rasht, Yasuj and Shahrekord. Other Iranian cities will also be added to Nishan application over time.

Users can view the imaged areas on the map by activating the 360-degree icon layer. In addition to the addition of cities, the images will gradually increase and become available to users.

The managing director of Nashan application, “Javad Amel” pointed out that the filming was done for nearly 2,700 hours in 14 cities of the country, which is equal to 386 working days. He also pointed out that this imaging is related to the main roads and alleys of Iran in about 20,000 kilometers. 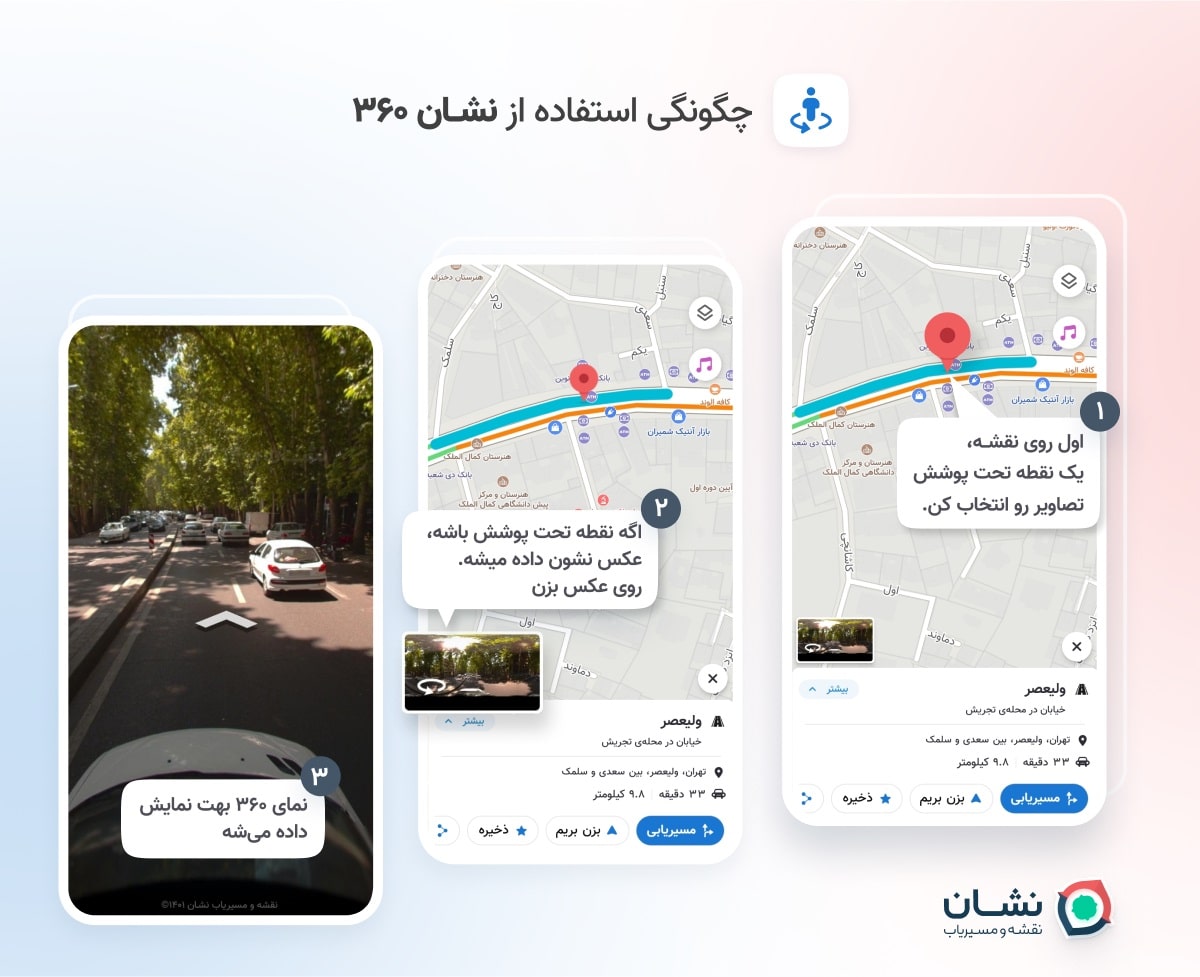 Javad Amel said about the challenges and difficulties of this plan:

“The 360 ​​badge feature was made available to our users with a delay of one year. In this project, we had to process a large amount of raw images in several steps. At first, these steps seemed clear and simple, but in the middle of the way, some unforeseen complications were created, which in several cases forced us to review the entire process and reprocess the images. However, Nashan’s technical team managed to turn this feature into an operational product for the first time in Iran with all the challenges it had. Also, privacy is fully respected in all the images that are now displayed on the 360-degree view feature. This means that the number plates of the cars and the faces of the people have completely disappeared.

In addition, “Aamili” promised that in the near future, the router will include many images of different cities and countries, and he also added:

“In the future, this service can potentially be a tool by which we can guide the user in a better way and provide a kind of augmented reality at some times and at some times.”

Users should note that this feature is now available in the new version of the application. Users can view all the photographed areas by activating the 360-degree layer part. Then, by clicking on the photo and selecting a point, they will have a 360-degree image of that place.

What do you think about the addition of a 360 degree view to the badge navigator? Please share your thoughts with Tekrato in the comment section.