Testing the ability to edit tweets It was done by Twitter. Twitter has released its first edited tweet, which has a “last edited” stamp and a history of edited versions.

After years of user requests, Twitter now has an option for Edit tweets has activated Twitter plans to launch this feature later this month. Also, last night, this company shared the test of the tweet editing option, which has the “last edit” option.

By clicking on this option, the user is able to view History of edited versions of tweets will be. This means that the user can click on this option to see the original tweet and all the changes made.

Although Twitter has not yet announced an exact date for the release of the edit button, recently a test of the edit tweet option has been published, which shows users how this feature works. 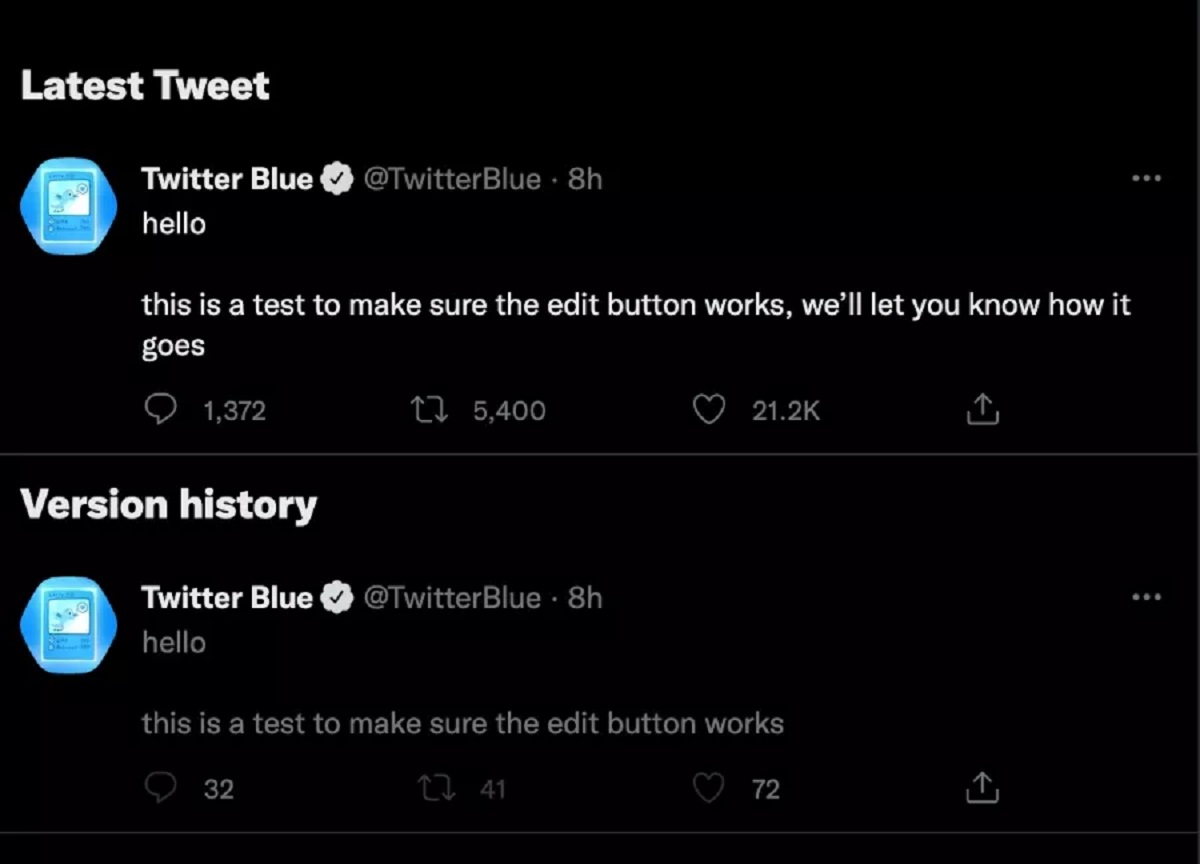 As shown in the test tweet above, an edited tweet will show the “last edited” time and date at the bottom of the post. Users can click on this option and see the entire edit history of the tweet with all its previous versions. It is not yet clear how many steps this new feature allows the user to edit. It is also not known whether the user can hide or delete the edit history of their tweets after editing.

However, as soon as the edit button is activated, this feature will be available to blue Twitter users first. After that, people who have a monthly subscription service can use this feature. Considering that the monthly subscription service is only available in a few countries, it can be said that the tweet editing option will not be activated for all users after being added to this platform.

What do you think about testing the editability of published tweets? Share your thoughts in the comments section duplicate share