Technoblock’s press conference was held with Iranian and Russian experts. In this meeting, issues such as bilateral cooperation between the two countries in the field of blockchain were discussed.

The first global summit of cryptocurrency associations and blockchain activists will be held on Thursday, August 13. The main topics of this conference include organizing, developing technology, mining and exchanging digital currencies.

The press conference of this summit was held on Monday, August 10, at the Center for Presidential Transformation and Development Cooperation. In this meeting, Russian and Iranian experts discussed in the presence of journalists. In the following, we discuss Iranian and Russian experts in the field of digital economy. 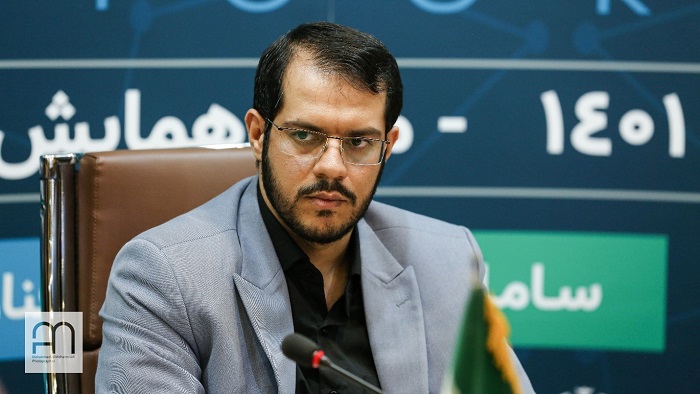 Khosropour, the chairman of the press conference of the Technoblock conference, explained at the beginning of the meeting:

According to 2017 research, if a country’s economy intends to become digital, half of it should be provided by the domestic market, so Iran should cooperate with other countries to operate in the field of digital economy. 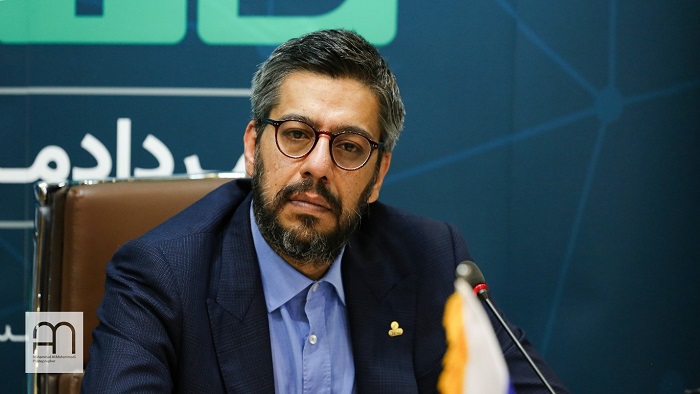 According to Saman Biraghi, the secretary of the Technoblock Conference, the Presidential Transformation and Development Organization has played a special role in holding the Technoblock Conference. In this conference, in addition to the lectures, there will be two panels where they will talk about the legislations as well as the upcoming opportunities in the field of blockchain.

In the press conference of Technoblock, the four main axes of the conference were determined on Thursday. These axes are: organization, technology development, extraction and exchange. Saman Biraghi further added:

We hope that good things will happen in this conference and we will solve some problems by expanding joint cooperation between Iran and Russia.

Dealing with sanctions in case of cooperation with Iran 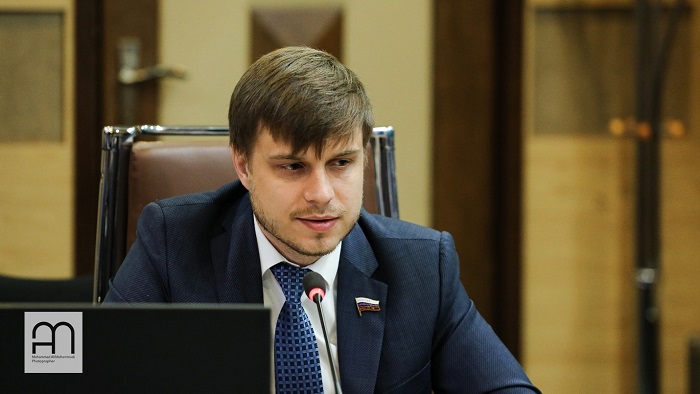 Anton Tkachev, a member of the Russian Parliament, expressed his vision of cooperation between the two countries at the Technoblock press conference. In this regard, he said:

Due to the SWIFT embargo between Iran and Russia, the cooperation of these two countries will be more than before. Iran and Russia can advance their economic goals by exchanging their experiences in the field of blockchain and technology finance. Anton further added:

I, for my part, declare that as a member of the Russian Duma Parliament, I would like to invite central bank managers, economic managers and businessmen to cooperate. Together we will achieve good results in the digital economy. Cooperation between Iran and Russia has already started and bright days will be ahead of us in the near future. 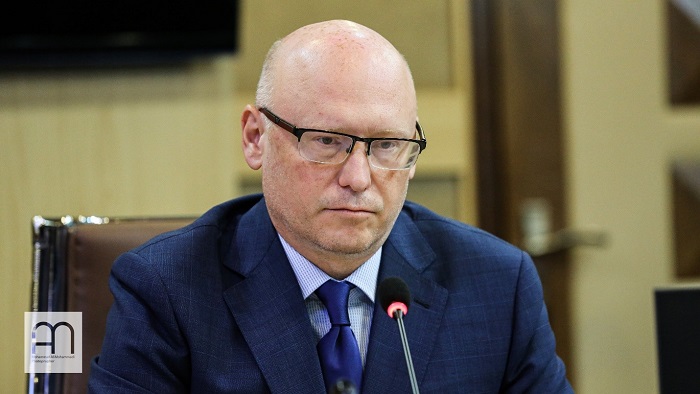 Alexander Brazhnikov, the head of the Russian Racing Association, expressed his satisfaction with the economic progress of Iran and Russia during the Technoblock press conference. In this regard, he said: “As Rakib’s representative, I hope to create a strong economic bridge between Iran and Russia and create a suitable ecosystem for this work.” The world economy is changing and we are confident that great achievements will be achieved in the field of digital economy with the cooperation of Iran and Russia. Due to the large population of Iran and Russia, these two countries can have a good joint cooperation with each other in the fields of cryptocurrencies and NFT exchanges.

He also added: “Many experts in the field of cryptocurrencies and NFT are working in Iran and Russia. This is an incentive to continue and progress in these areas. With the help of Iran, we can create our own international payment system. With this, dependence on international currencies will disappear. We will use our domestic currency internationally. The task of the two countries is to create a safe ecosystem in the field of digital economy. We will show the world that we are capable of doing this and other countries can join us without worry.”

Focusing on the strengths of Iran and Russia 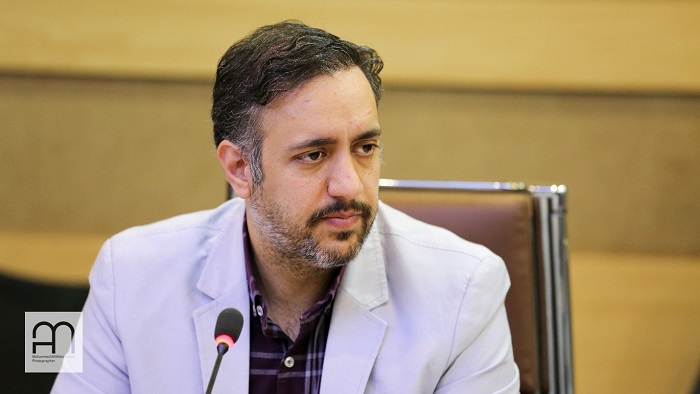 Hossein Eslami, head of Nasr Tehran, was the spokesperson of Technoblock press conference. He expressed his opinions about the objectives of the conference as well as the opportunities facing Iran and Russia. According to Hossein Eslami, blockchain technology has evolutionary and aggressive behaviors. When talking about metaverse, we will also see the presence of topics related to NFT and blockchain. The representatives in every sector that changes people’s lifestyle should emphasize their presence. He continued:

In order to succeed in the field of digital economy, governance concerns must be resolved and the issue of organization must also be considered. The private sector and investors participate in a process when they know that this process will keep their capital safe.

There are many strengths in the digital economy. Among these strengths, we can mention the talent and ability between Iran and Russia. Many talented and skilled people are working in the blockchain field in these two countries, and we, together with Russia, can strengthen each other’s strengths. The technical skills of the two countries will complement each other and Russia will sign the cooperation agreement like Iran.

The need to create a dedicated exchange system 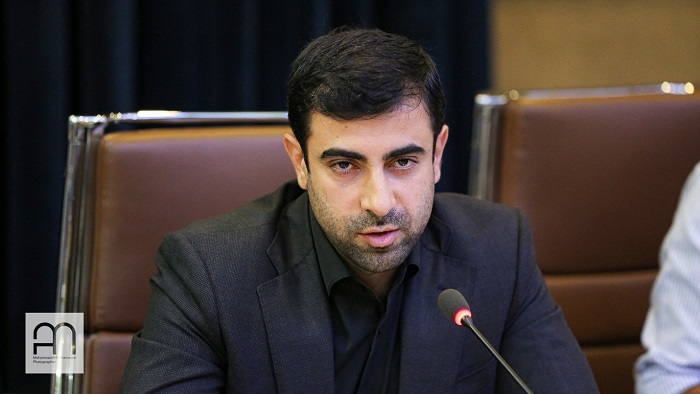 Iran and Russia can start a domino. We should trust other countries and give points to the countries of the region with a more open hand. Patience will be necessary to develop useful partnerships.

The main goal is to help people 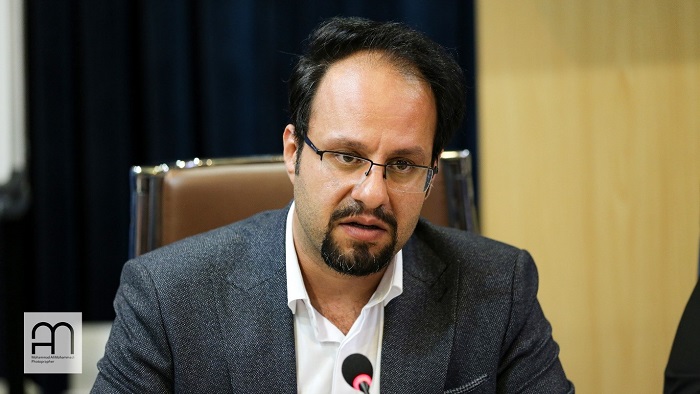 Abbas Ashtiani, the CEO of Iran Blockchain Association, expressed his opinion about cooperation between Iran and Russia during the Technoblock press conference. In this regard, Ashtiani added: “The conditions of Iran and Russia have changed in recent years. We are witnessing the effects of these changes today. It is necessary to change the views of these two countries in economic fields. He continued:

After the spread of Corona, the digital economy has had a much greater impact on the gross domestic product of countries. There is a lot of talent and potential in the field of human resources and skilled labor in both countries.

The main goal of the Blockchain Association in the Technoblock conference is to create a stable communication platform between the specialized businesses of Iran and Russia. In addition to this, strengthening the common ecosystem between the two countries and expanding it to other countries in the region will also be on the agenda. We will ultimately bring the benefits to the people of our country.

Supporting international cooperation in the field of blockchain

Reza Ghorbani, a member of Nasr Tehran’s board of directors, said at the Technoblock press conference: “When Bitcoin Day was held in Iran, trade unions had not yet entered the blockchain discussion. We in the union organization will support those who deal with the regulatory issue.

Our three main discussions include regulatory, economic and security issues. We will support any kind of international cooperation and interaction with the countries of the region. We hope that this interaction can improve the regulatory issue of cryptocurrencies in Iran. 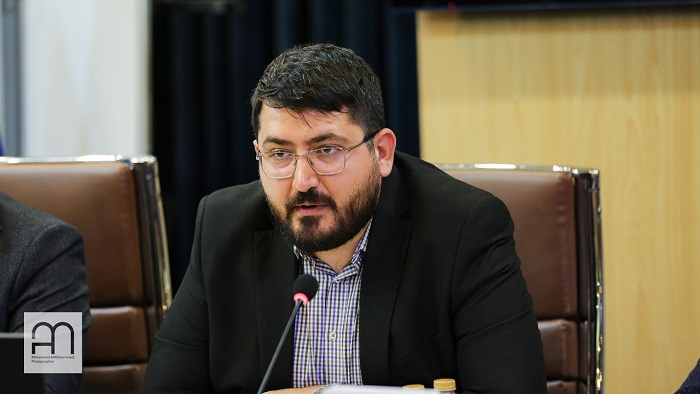 Seyed Omid Alavi, the chairman of the board of directors of the Iranian Blockchain Association, pointed out that the combination of blockchain with power plants in Russia will be considered attractive. Iran has had many problems in the electricity network in the last seven years. Russia is also very eager to build large power plants in Iran.

In recent years, due to sanctions and economic pressure, Iran has created appropriate methods to save the economy and exit the situation. With the help of Russia’s experience, the country’s economic performance will improve.

The most important part of the country will be the creation of a communication bridge to facilitate commercial and economic transactions. The people of the two countries can benefit from these facilities as much as possible. Iran Blockchain Association, as a group of non-governmental organizations with the presence of activists and elite experts, will create common capacities in the field of blockchain.

What do you think about Technoblock’s press conference? Please leave your comments in the comments section duplicate share it. Previous post Self-repairing of Samsung phones makes you unnecessary from a repairman!