According to the recently disclosed documents, Samsung has decided to spend about 200 billion dollars to build 11 chip factories in the United States. These factories will be built in the next 20 years and will probably employ about 20,000 Americans.

Read more: Turning America into the chip pole of the world; Senate approval with a budget of 280 billion dollars!

According to these documents, the Korean company has requested a tax exemption for the construction of these 11 factories. Of these plants, 9 are planned to be built in Taylor County, Texas, and 2 in Austin.

Samsung is already building a $17 billion factory in Taylor County, a short distance from Samsung’s only chip manufacturing plant in Austin, which opened last year.

Samsung, as the world’s second largest chipmaker, has not yet disclosed the details of its $192.1 billion investment in Texas, USA. This company only stated that:

We do not currently have a specific plan to build the mentioned factories, but according to what we have proposed, we are evaluating the possibility of building more factories inside the US soil. 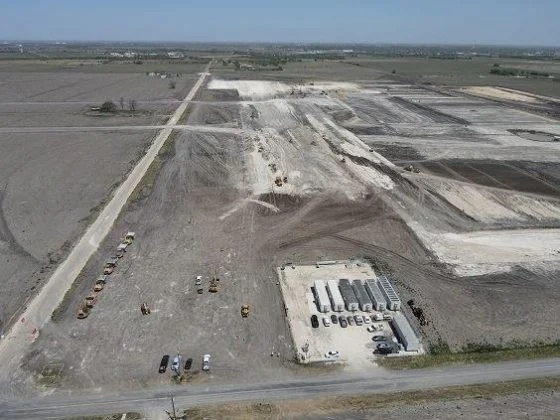 According to the laws of the state of Texas, businesses that invest in rural areas of this state will be subject to tax exemption, and since this law is valid until the end of this year, the applicant companies must file their applications as soon as possible. The governor of Texas said:

Samsung’s possible investment in this state will boost our economy and many jobs will be created through it.

On the other hand, not long ago and with the approval of the so-called CHIPS bill in the Senate, the US Congress is currently reviewing the general aspects of this plan for possible approval. If this plan is approved by the congress representatives, naturally, America will find a much better position in the chip industry in the world. The semiconductor industry is a very strategic industry in today’s world, and as a result, many countries, especially superpowers, are trying to focus on it.

What is your opinion about Samsung’s 200 billion dollar investment in the chip industry? Share your thoughts with us in the comments section Technology News Follow from Tikrato. Previous post OnePlus 10RT was seen on Geekbench; Is another flagship on the way? Next post Smartphone sales statistics in the second quarter of 2022; Samsung safely on top!
Zubaida Naeem