Stay with Tekrato by reviewing the Samsung Galaxy A03 core, this new and cheap smartphone that has good technical capabilities.

The Galaxy A03 core is a good choice for people who don’t want to pay a lot of money for a smartphone. Samsung is known for introducing high-quality and professional phones, but this time it has introduced a cheap smartphone so that everyone can use the company’s products.

Of course, the cheapness of this phone does not mean that it is weak, but it must be said that it has very good features and can be counted on. Galaxy A03 Core is a replacement for A01 Core and many features of this phone have been improved compared to the previous generation.

Be with us by introducing and reviewing the Galaxy A03 core to learn more about this beautiful and cheap new Samsung phone.

Samsung Galaxy A23 review (Galaxy A23); Scrutiny of system, performance, camera and battery

Samsung Galaxy A73 review (Galaxy A73); Scrutiny of system, performance, camera and battery

In the Samsung A03 Core review, we intend to have a detailed look at the features and performance of this smartphone. With a high-capacity battery, upgradeable memory, etc., this phone is a suitable product for people who are looking for a cheap and economical phone.

The Galaxy A03 Core is a budget smartphone, and you shouldn’t expect the features or build quality you see in high-end or mid-range products. The Galaxy A03 Core has dimensions of 164.2 x 75.9 x 9.1 mm and weighs 211 grams, which should be said to be a product suitable for low-end smartphones.

In fact, the products in this price category use almost the same dimensions and weight, and very little difference can be found between Galaxy A03 Core products of the same price. 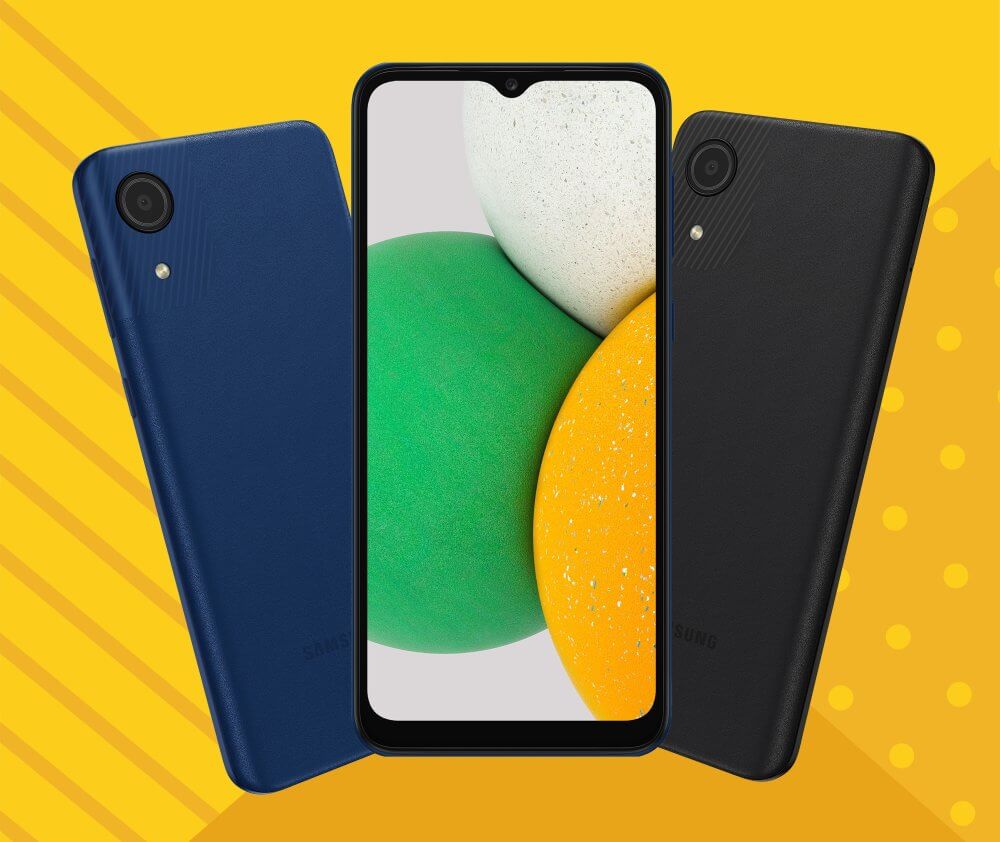 Regarding the body, it should be said that we are on the side of a product that uses a plastic body. In fact, the back panel and frame are made of plastic. This makes the body somewhat resistant to impact. However, using the Galaxy A03 Core phone will not convey the feeling of a premium product to the user.

The front panel of the Galaxy A03 Core hosts a 6.5-inch screen, which, of course, has a relatively narrow border around the screen. At the top of the screen, you can access the selfie camera, which is placed in the notch to dedicate more of the front panel to the screen. 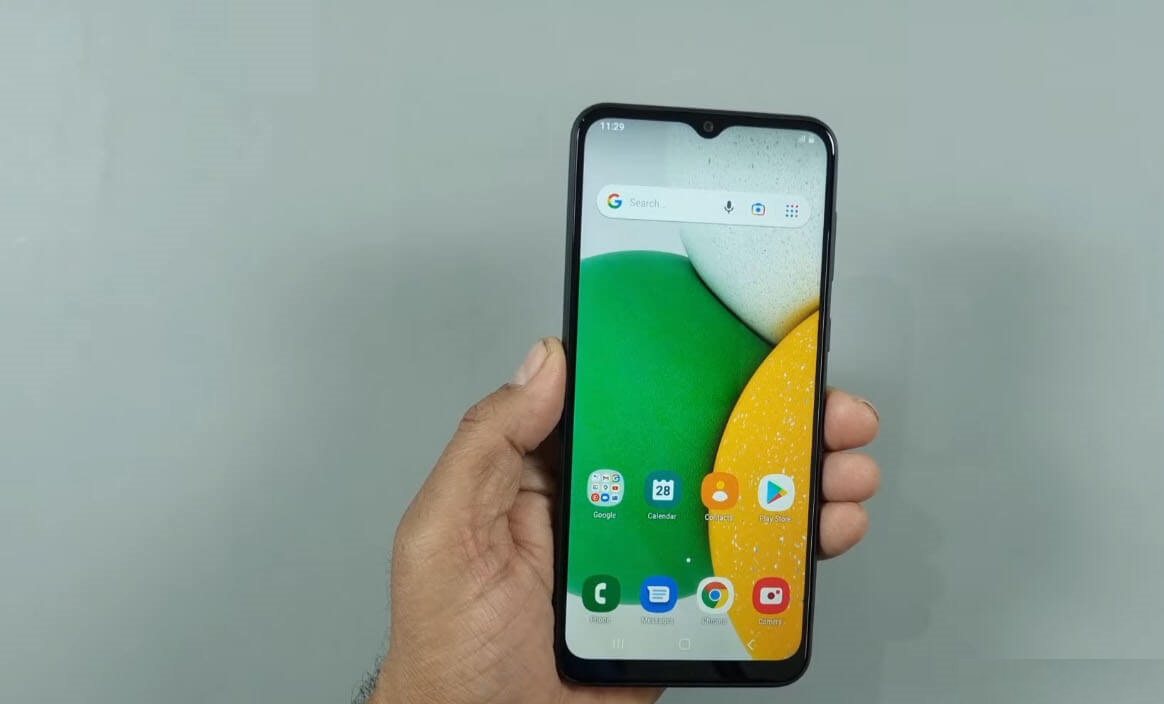 There is only one camera on the back panel, and the LED flash can be seen right below it. The part that covers the camera uses a different design to give a special effect to the back panel. However, there is no mention of a fingerprint scanner sensor.

On the right edges, you can access the volume and power rocker buttons, and the SIM card tray is also located on the left edge. On the bottom edge of the smartphone, you will have access to the 3.5 mm headphone jack, speaker, microphone and microUSB 2.0 port.

Unlike other cheap Samsung mobile phones, fortunately, the new Galaxy A03 Core is equipped with a large 6.5-inch screen with HD+ resolution so that buyers of this cheap phone can enjoy working with a large screen. This display is made with PLS TFT technology, which is slightly weaker than IPS LCD.

In the tests conducted on the screen of this phone, the content of the screen could be seen well in different environments with different light. However, the brightness of the screen in the maximum mode is not enough to see everything clearly under direct sunlight. 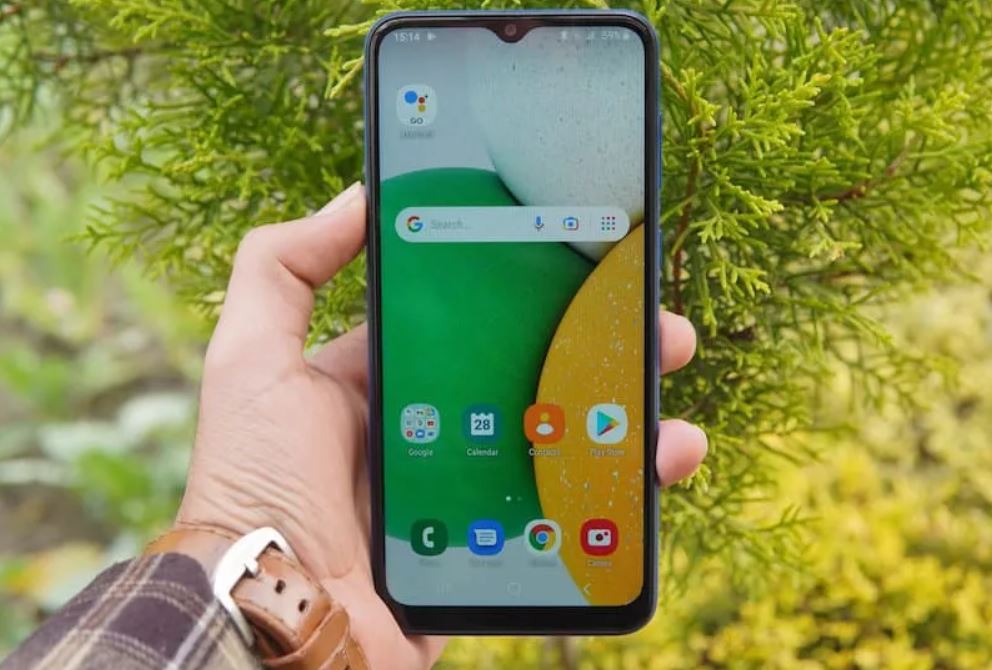 Unlike the previous generation, fortunately, there are not many margins on the top and bottom, and buyers can have a good experience of working with a low-margin display.

The pixel density of the screen may be a bit low due to the low resolution, although in the review of the Samsung A03 Core and when working with the phone, this was not annoying at all.

In the continuation of the Samsung Galaxy A03 core review, we will go to the camera of this phone. As far as the camera specifications are concerned, the rear panel is covered with an 8MP f/2.0 lens which is suitable for shooting in natural daylight, capturing the beauty of the landscape as well as recording crisp and clear 1080p videos. 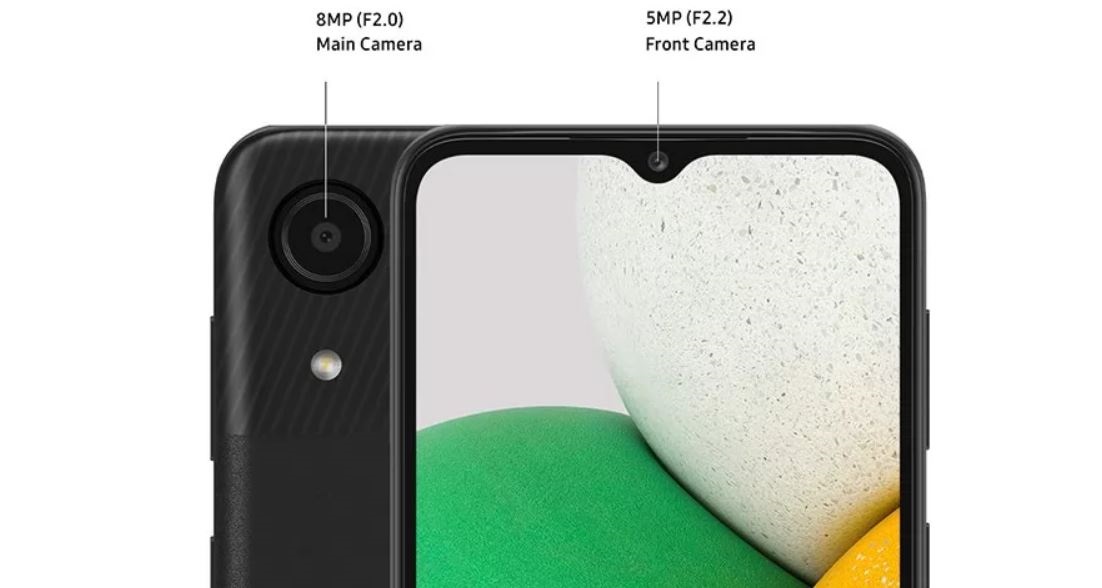 Considering that there is only one lens for the a03 core phone, there are no complaints about the good performance of the camera. The Samsung a03 core has a 5-megapixel selfie camera, which you need to take not-so-good videos and selfies. Also, the front lens helps with face unlock, which you can absolutely count on in good lighting conditions.

We continue the Samsung Galaxy A03 Core review by talking about another of the most important features of this phone, its battery. Fortunately, the cheap Samsung phone is now powered by a large 5000 mAh battery so that you can use it for long hours with a single charge. 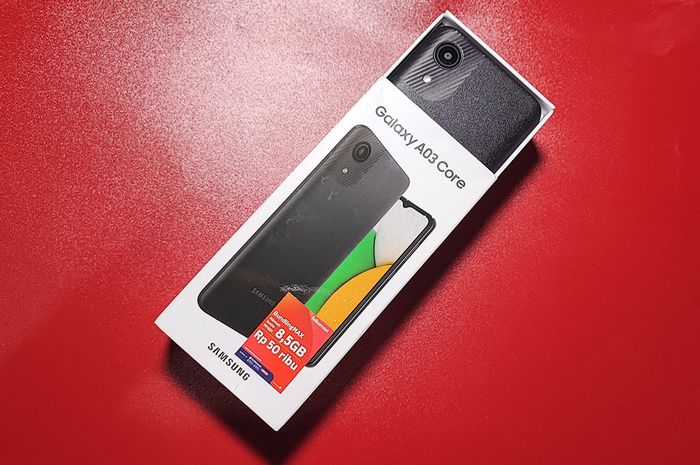 Since this phone does not have any features such as 120 Hz display, high screen resolution, very powerful processor, etc., the battery consumption will decrease by itself, and this will cause the mobile phone to charge more. We can safely say that for daily use, you can use the new Samsung mobile phone for 2 to 3 days with a single charge.

Review of Galaxy A03 core in terms of software

In addition, it is possible to install various software on the phone without any problems through applications such as Play Store, Miket, Bazaar, etc. 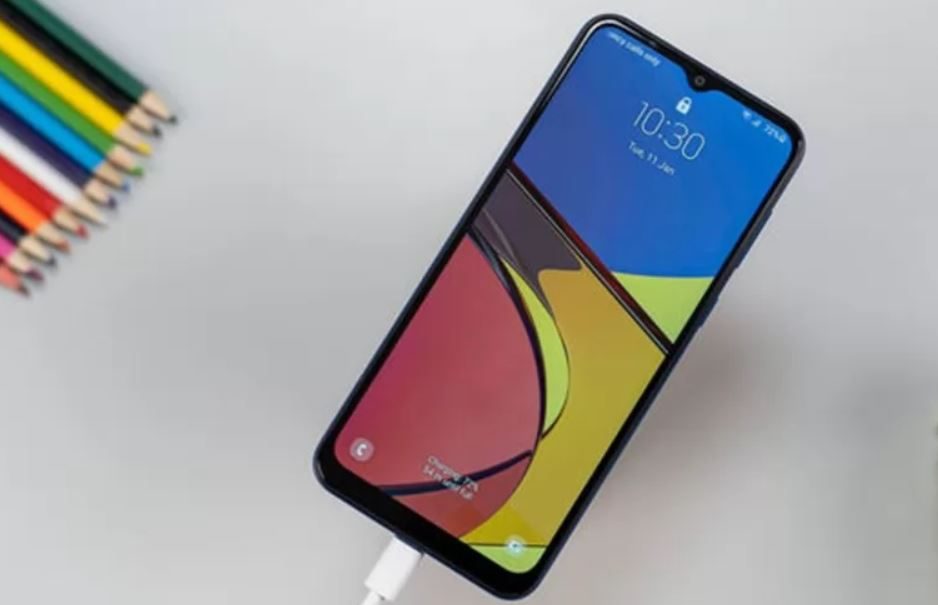 Other notable features of Samsung Galaxy A03 Core specifications include support for two SIM cards at the same time, GPS, OTG, and accelerometer and proximity sensors.

Although this model does not have very strong hardware, it works very smoothly. In fact, the applications run quickly and the navigation in the user interface environment is also smooth.

Review of Samsung Galaxy A03 core in terms of hardware

Along with the octa-core processor, the makers have used 2 GB of RAM, which completes the processor’s performance. Everything works very smoothly, but by opening multiple software and increasing the number of running programs, it slows down a bit, which is quite normal. 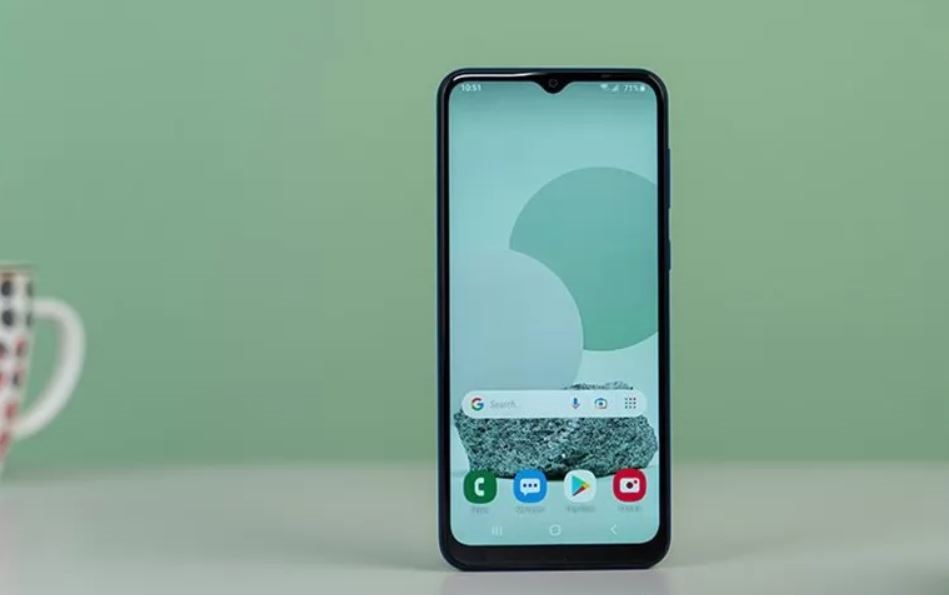 However, you can open different screens or install software on your phone very quickly and easily. Even the processing of images is done at an acceptable speed. Of course, according to the mentioned specifications, you should not expect much from the product of the Korean company.

In fact, these specifications are not enough to run heavy Android games, and if you are looking for a smartphone to run Android games, it is better to consider more budget.

Review of Samsung Galaxy A03 core in terms of sound quality

Another important component of a phone is its speaker. The speaker should also perform well and be reliable. For this cheap and economical product, Samsung has considered a speaker on the bottom edge of the phone so that the user can use it to listen to music. 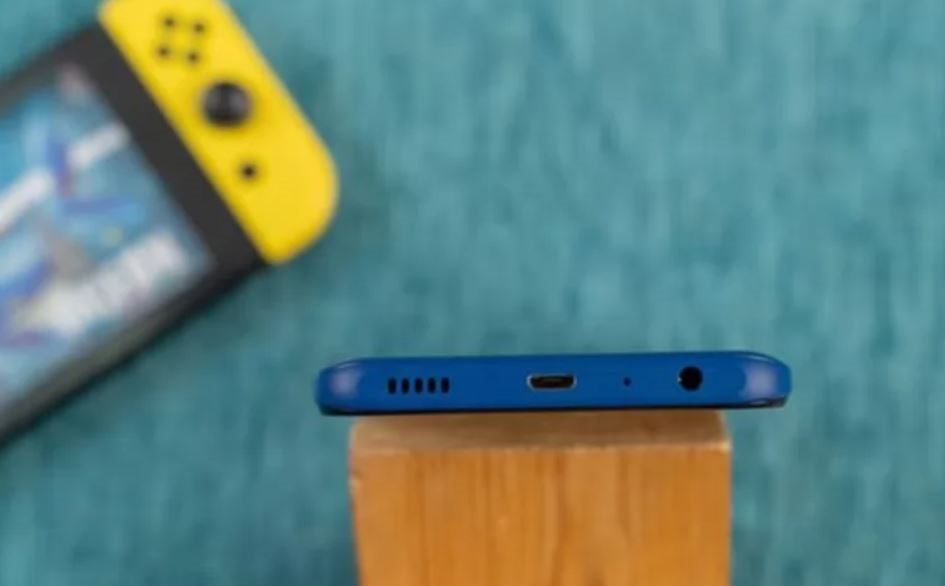 Of course, it must be said that we are dealing with a low-end product and we should not expect the quality of the output sound to the level of expensive smartphones.

In this article, we introduced and reviewed the Samsung Galaxy A03 core. Perhaps the most impressive feature of a03 core is its reasonable price, but still, other noteworthy features such as a large battery, expandable memory, etc. also make this model a good option for buying a budget phone. In short, a03 core is the best option for those who are looking for a phone at a cheap price and do not have high expectations of its performance, and it is enough for them to cope with normal daily tasks.

Is the Galaxy A03 core phone worth buying?

By reviewing the Galaxy A03 core in this article, you can get complete information about this phone. This product is an economical and cheap phone and the important thing about it is its reasonable price. Among the smartphone brands, naturally, the first choice that comes to mind among Android products is the Samsung brand. This Korean company has achieved significant popularity among technology enthusiasts. This can be related to the variety of Samsung products. The Korean company has launched products in different hardware categories and price ranges, and this phone is one of them. Among the important features of this cheap Samsung phone are long battery life, expandable memory, light weight, cheap price, etc. If you cannot pay a high price to buy a phone, the Galaxy A03 core phone can meet your daily needs.

What do you think about Samsung Galaxy A03 core review? Please share your thoughts with other users in the comment section.