Two big obstacles to have Four-legged robots And all the opponents have been their lack of compatibility with ecosystems and their exorbitant price, researchers managed to solve these problems!

Researchers from the Carnegie Mellon School of Computer Science at the University of California, Berkeley have designed a robotic device that allows a low-cost robot with relatively small legs to go up and down stairs, go over rocky, slippery, uneven, steep and diverse surfaces; even walking paths between the cracks; Rocky and dark surfaces are also possible for this robot.

The new generation of four-legged and cheap robots

Empowering small robots to go up and down stairs and manage various environments will be very important for the development of home-use and search-and-rescue robots. This system creates a robust and adaptable robot capable of performing many everyday tasks.

Pathak’s group put the robot in various conditions; On the uneven steps and hills of public parks, it was challenged to walk over cobblestones and slippery surfaces, and it was also ordered to climb stairs that a human would have to jump over.

The robot system quickly tracks the obstacle and adapts itself, and by relying on electronic eyes and a small chip on board, it overcomes the upcoming challenges.

Read more: Amazon’s new robot with the ability to recognize objects through artificial intelligence was unveiled

How to develop inexpensive four-legged robots that conquer everywhere!

The researchers trained this robot with 4,000 clones of it in a simulation environment where they practiced walking and climbing over difficult terrain.

The simulator’s processing and speed allowed the robot to gain six years of experience in one day. The simulator also stored the movement skills it learned during the machine learning programs into a neural network, which the researchers then replicated on the robot. Such an approach did not require mechanical and manual engineering of the robot’s movements – which was somewhat contrary to traditional methods.

Most robotic systems use cameras to create a map of their surroundings and use that map to plan movements before executing them; Such a process is both slow and often faltered by environmental complexity, inaccuracies, or misperceptions at the mapping stage that affect subsequent planning and movements.

We know that mapping and planning are useful in systems focused on high-level control, but they are not always suitable for the dynamic requirements of low-level skills such as walking or running over difficult terrain.

The new system bypasses the stages of mapping and planning and directly directs the inputs of the visual department to the control center of the robot. In fact, what it has seen determines how the robot moves. It is interesting to know that even the researchers have not determined how the bases move. This technique allows the robot to react quickly to the terrain it encounters and navigate it efficiently.

The difference between traditional and modern methods 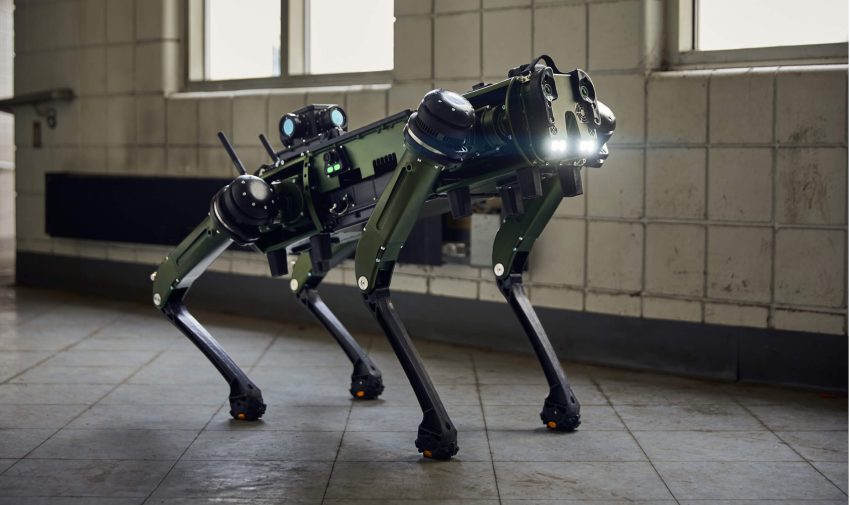 Since there is no mapping or programming, the movements are taught using machine learning, so the robotic development of this robot will be low cost. For example, the robot used by this group was at least 25 times cheaper than the existing alternatives. The developed algorithm has the potential to Low cost robots make it more widely available. PhD student Ananye Agarwal says:

“This system directly uses vision and bodily feedback as input to output commands to the robot’s motors.”

“This technique allows the system to be so robust in the real world that if it slips on the stairs, it can recover instantly and adapt to unknown environments in real-time.”

This direct and real-time vision feature is inspired by biology. Humans and other animals use vision to navigate. If you don’t believe me, try running or balancing with your eyes closed!

The group’s previous research had shown that blind robots—robots without cameras—could conquer difficult terrain, but adding vision and relying on vision would greatly improve the system.

This group also looked at the nature around them for other elements of the system. For a small robot—in this case less than a foot tall (30 cm)—that can climb stairs or jump over obstacles nearly its own height, it learned to use human motions to navigate tall obstacles; It means that when a person has to raise his leg to cross a hill or an obstacle, for this, people use their pelvis to pull their leg outward, which is also called abduction and adduction.

The robotic system designed by the Patok group does the same thing and uses hip abduction to deal with obstacles that some of the most advanced robotic systems are unable to do!

The movement of hind legs by four-legged animals also inspired the group. When a cat crosses obstacles, its hind legs move away from its front legs without the use of vision. “Quadrupeds have a memory that enables their hind legs to track their front legs,” Pathak said. “Our system works in a similar way.”

The system’s internal memory allows the rear legs to remember what the front camera has seen and maneuver to avoid hitting obstacles. Ashish Kumar.

“Since there’s no planning involved, our system remembers the terrain and how the front foot is moving and translates that for the back foot, doing it quickly and flawlessly.”

Your opinion about Four-legged robots What is at Carnegie University? Please leave your comments in the comments section duplicate Share and Technology News Follow with us. Previous post The epidemic of employee layoffs reached Amazon; How many people will be unemployed?