After 30 seconds, the weak performance of Pixel 7 was recorded in the gaming test and in this test, it faced a significant drop in its performance, which was even weaker than Poco F3.

Even though Google mentioned these two phones as advanced devices for imaging at the time of unveiling Pixel 7 and Pixel 7 Pro. DXOMark Institute reviews also confirmed this claim, but for now it seems Second generation tensor processor Despite all the advantages it provides for imaging, it has not been able to register a brilliant performance in the field of gaming.

Although the second generation Tensor is the worst premium processor in the smartphone market when it comes to gaming. However, as expected Imagine lower power consumption than the Pixel 7 Pro Although we had a weaker performance than our competitors; But apparently, Google’s new flagship has also performed poorly in this field.

Recording the poor performance of Pixel 7 in the gaming test; Disappointing for a flagship!

According to a report from NotebookCheck, a YouTuber tested the Pixel 7 Pro’s performance in the game Genshin Impact and according to this person’s observations, this flagship phone performed much weaker than other flagships.

This means that Google’s new Pixel phone will not even perform as well as the flagships of 2021, which are often referred to as Snapdragon 888 processor are equipped, not provided. 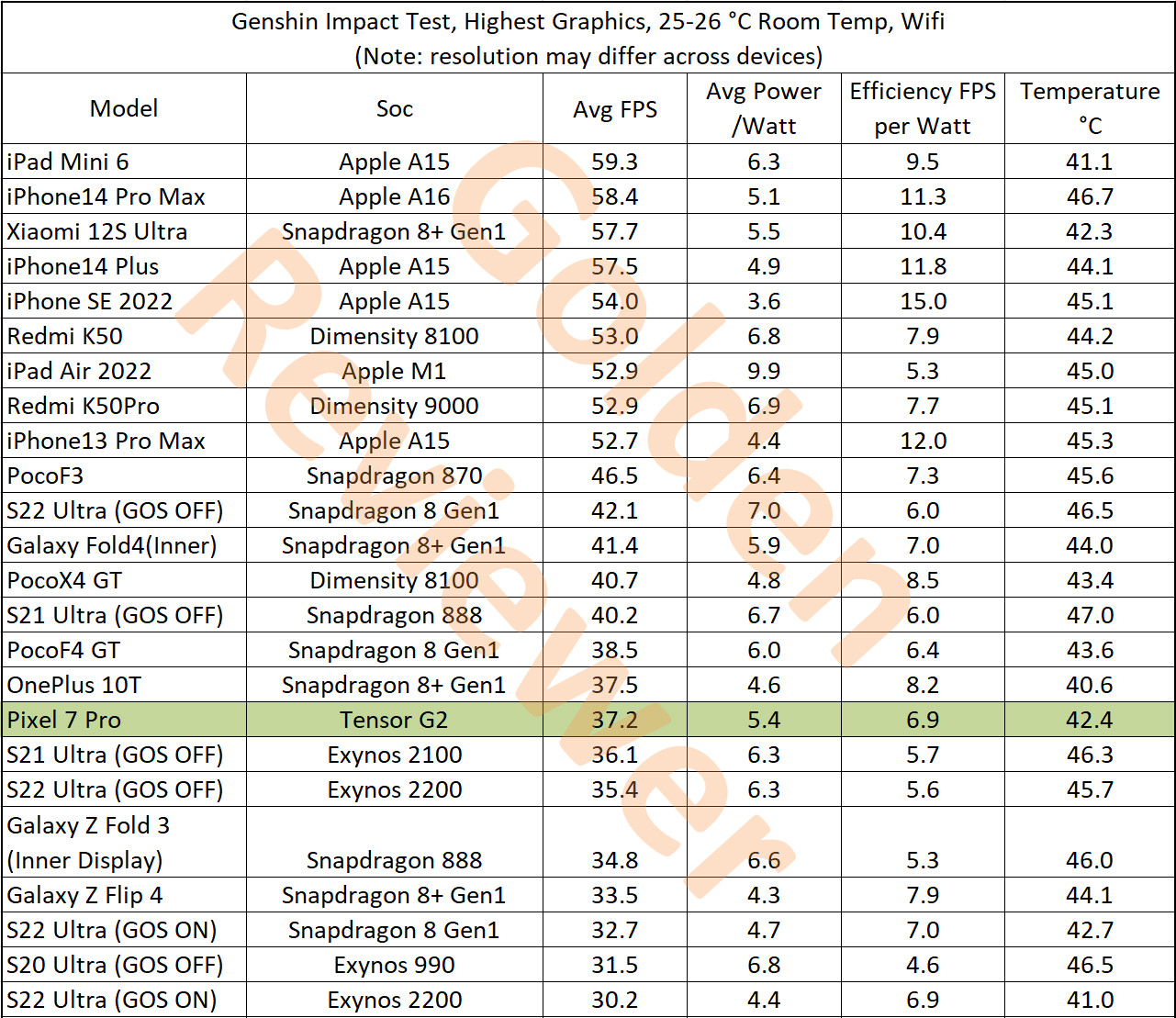 More disappointingly, Poor performance of Pixel 7 in gaming testeven weaker than a mid-range phone Poco F3 It is Xiaomi, a smartphone from Snapdragon 870 processor has The average frame rate of Xiaomi Poco F3 was 46.5FPS. also Xiaomi 12S Ultra And Redmi K50 Pro which is equipped with Dimensity 9000 processor are, they have managed to record an average frame rate of 57.7FPS and 52.9FPS respectively.

This information is while processors like Snapdragon 8 generation 1 In the beginning, it has a stronger performance and gradually after heating up, its performance becomes weaker, but the second generation tensor is a chip with poor performance in all conditions. The Pixel 7 Pro’s average frame rate in Genshin Impact went from 59FPS to around 40FPS after just 30 seconds. It should be noted that Google’s Pixel 7 Pro has been released in the market in the past few days with a base price of $899.

What do you think about Pixel 7’s poor performance in gaming test? Share your thoughts with us in the comments section Technology News With duplicate follow. Previous post Sanctioning of the Minister of Communications by the European Union; Zarepour and 11 other people in the announced list of Europeans! Next post Criminalization of spreading lies in the cyberspace about the state of the country!
Zubaida Naeem