Google moments ago with the unveiling Pixel 7 phone series Including the Pixel 7 and 7 Pro officially ended the wait.

A few moments ago, during the Made by Google event scheduled for today, Google ended expectations and the Pixel 7 phone series – Pixel 7 including two phones, Pixel 7 and Pixel 7 Pro.

The normal version of this series, the Pixel 7, has a 6.3-inch display with FHD+ resolution and a 90 Hz refresh rate, but the model Peru 6.7 inch display of type LTPO with resolution QHD plus And it has a refresh rate of 120 Hz, which can be reduced to 10 Hz in certain situations. This display supports a maximum brightness of 1400 nits.

Fingerprint sensor under the display Built-in and both models New Google phones At peak brightness, they are up to 25% brighter than their previous models.

In the design of the back panel, despite maintaining the overall structure of the Pixel 6, Google has made a few changes to the camera bar. These devices are also both certified IP68 They mean resistance to water and dust.

Significant changes have also occurred in the imaging section of the device. On the back panel of the Pixel 7, a 50-megapixel main camera is installed next to a 12-megapixel ultra-wide sensor. Pixel 7 Pro But in addition to these two cameras, it also has a 48-megapixel telephoto lens.

For selfies and video calls, both phones have a 10.8-megapixel selfie camera with 4K video recording capabilities. In addition, the front camera is now a facial recognition system, as a result of this device in addition to the fingerprint sensor, from the locking system Face Recognition also uses

As expected and according to the previously published rumors, in the hardware part, we see the installation of the new Google chip, that is Tensor G2 We are, but there are differences between new devices in terms of memory capacity. While both phones come in 128GB or 256GB of internal storage, the regular Pixel 7 has 8GB of RAM and the Pixel 7 Pro has 12GB of RAM.

Google also use Titan M2 security chip has confirmed in these new devices, this is the same chipset used in data centers. On the other hand, the new phones get 5 years of major software updates, which is great compared to the competition.

Google from its new phone as The most secure and private Phones have remembered their history. These products come with Android 13.

In terms of battery and charging, the Pixel 7 has a 4355mAh battery with support for 21W wired charging and 20W wireless charging, while the Pixel 7 Pro has 5000 mAh battery has There is no information about the charging speed of the Pro version. 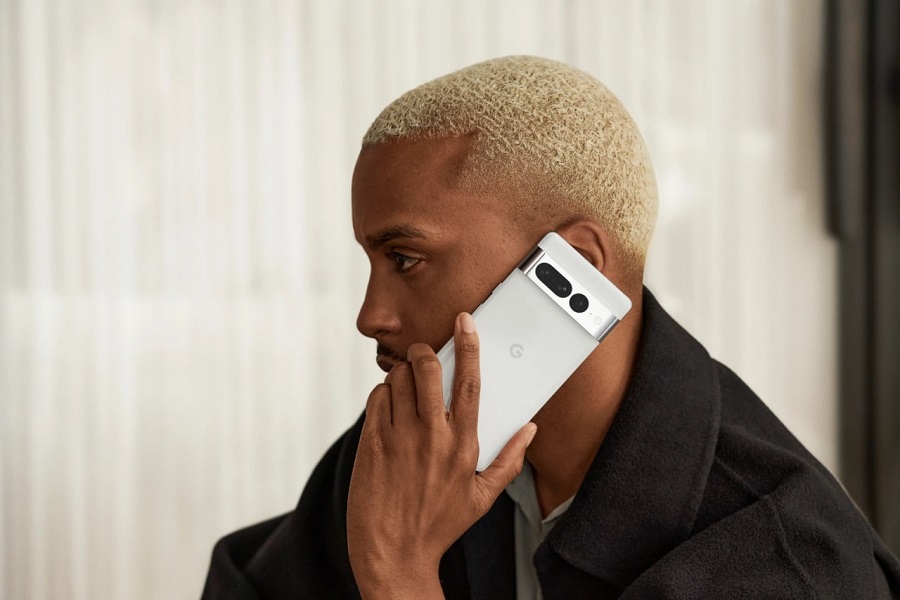 The price of Pixel 7 has not changed compared to last year and it is the same 599 dollars, and its pre-order has already started in the Google store and it is going to be launched sometime this month.

Pixel 7 Pro is also available in Obsidian (black), Snow (white/silver) and Hazel (green/gold) with the price 899 Dollar It is released and its pre-order has already started and it is expected that its first copies will enter the market from October 13, i.e. Mehr 21.

What is your opinion about the Pixel 7 phone series? Share your opinions with Tekrato in the comments section Technology News Follow with us. Previous post The investment of the Japanese government in Metaverse; The NFT market is hotter than ever!