Finally, after many years Huge tunnel under Niagara Falls which is among the most popular tourist places, was opened. This tunnel is more than 110 years old.

Diyarmirza News reported that the huge tunnel under Niagara Falls was visited by the public for the first time. It is worth noting that the visitors of this tourist area were deprived of seeing this tunnel for more than a century. Now, after 115 years, the wait is over. Fans of this beautiful view can now see the amazing Niagara Falls from a different perspective.

What do we know about the history of the huge tunnel under Niagara Falls?

The newly opened tunnel More than 670 meters (equivalent to 2200 feet) long. This 115-year-old tunnel was supposed to display an amazing engineering phenomenon in Canada. A report has been published on the website of the Niagara Parks, where there are explanations of this tunnel. According to this report, the mentioned tunnel is located about 60 meters below the Niagara Park power plant and is visited by tourists today. This tunnel has a gentle curve that consists of four layers of 18-inch concrete bricks. 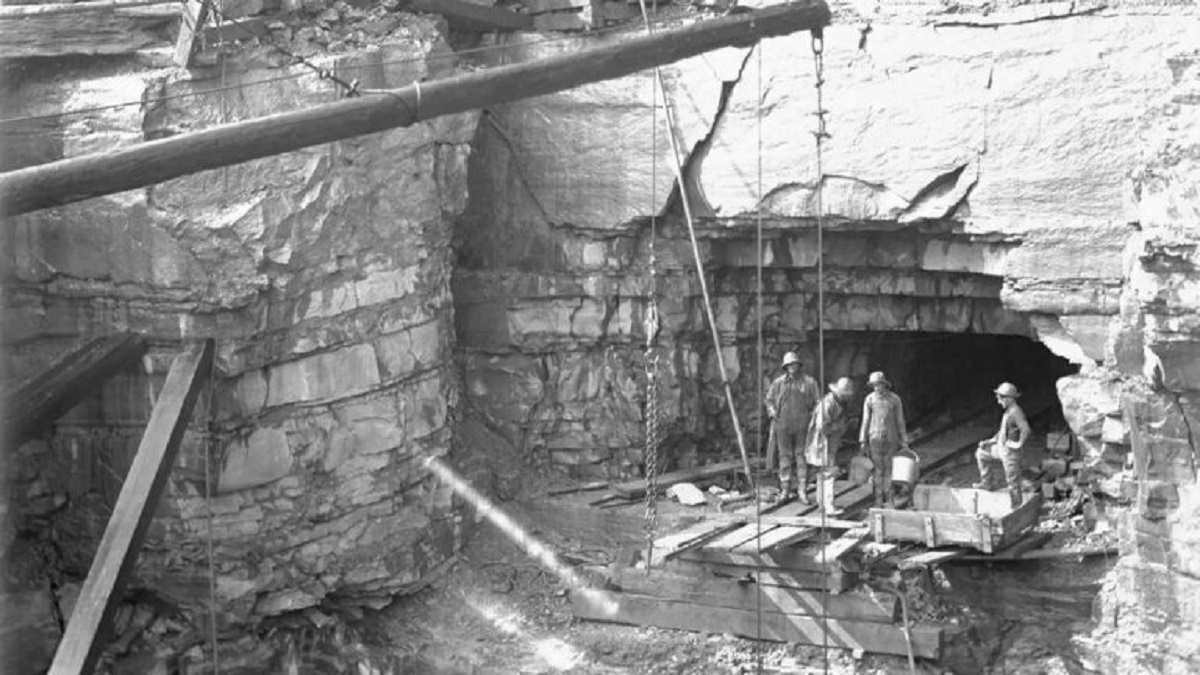 Tunnel under Niagara Falls, with coordinates Eight meters high And Six meters wide It is a historical and unique attraction. Visitors by a glass elevator They go to the tunnel. Then, passing through the space under the power plant, people can watch Niagara Falls from a new perspective.

The power plant, which now has the tourist tunnel in its heart, was built in 1905 on the Canadian side of the Niagara River. This power plant has several hidden decks and allows visitors to touch the history of workers’ hundred years of activity in addition to the natural beauty of the waterfall.

CNN has written in this regard that this power plant operated from 1905 to 2006 and diverted water from Niagara Falls to run giant generators. The said power plant was responsible for supplying industrial electricity to the regions. It is interesting to know that this is the only intact hydroelectric power plant of its era in the world.

Officials have claimed that the massive tunnel under Niagara Falls was dug in 1901 with the help of primitive dynamite, lanterns, pickaxes and shovels. Time to visit this tunnel and power plant About two hours It takes a long time.

What do you think about the opening of the huge tunnel under Niagara Falls? Share your thoughts in the comments section duplicate share