Motorola, which is having a busy day, yesterday unveiled another mid-range phone in the G series called the Motorola Moto G32, which looks a lot like the G42.

A new member has been added to the Motorola Moto G series. Moto G32, which has a price tag of 210 euros, was officially released by this company yesterday for the European markets, and it will probably be released for the markets of India and Latin America in the coming weeks. Strangely enough, Motorola has recently launched several phones with a lot of similarities (at least in terms of hardware) and of course in a relatively similar price range. As a reminder, the Moto G52 was introduced at a price of 250 euros a while ago, and the Moto G62 was also launched at the same price. These phones not only have the same price but also look very similar. Moto G42, G32 and G52 have been released in exactly the same order with very similar appearance and hardware.

All of these phones have Snapdragon 680, which is better than the Helio G85 (which was used in the Moto G31) in terms of CPU processing, but may have a weaker GPU performance.

Note that the Motorola Moto G32 comes in 64/4GB and 128/6GB storage configurations, while the G42 only offers 4GB of RAM, which might be a good incentive to buy the new product. 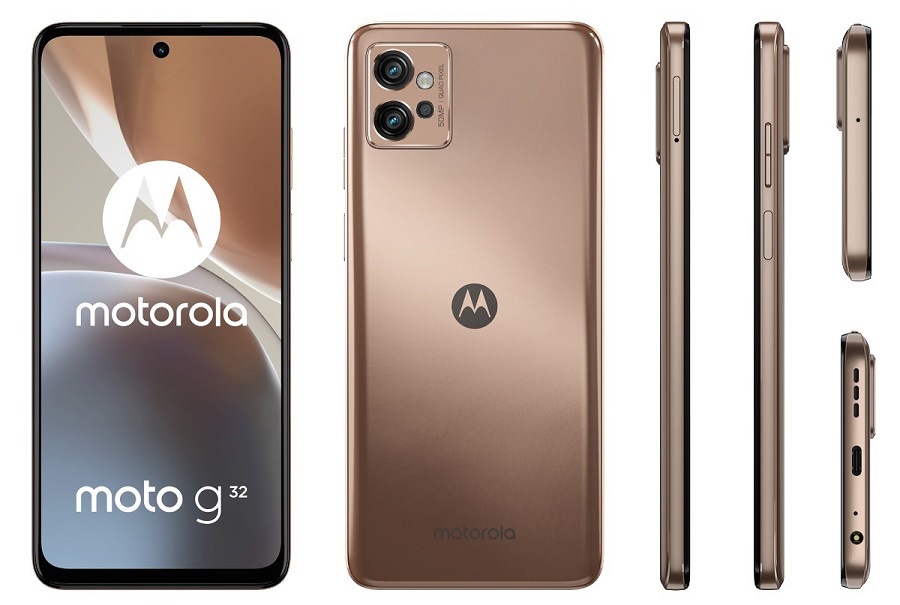 Of course, equipping this device with a 6.5-inch LCD screen with FHD+ resolution and 90 Hz refresh rate can be another reason for preferring this product to G42, which was released with a 6.4-inch AMOLED screen and 60 Hz refresh rate.

There are many similarities in the camera department. A 50-megapixel main sensor acts as the main camera in this phone, while it is accompanied by an 8-megapixel ultrawide sensor and a 2-megapixel macro sensor. The selfie camera is also a 16-megapixel sensor in the central punch hole of the display. The Moto G32 is available in single and dual SIM models, and both have a microSD card slot. It goes without saying that this phone only supports 4G and its other connectivity options include Wi-Fi 5 (ac), Bluetooth 5.2 and NFC, and a USB-C port.

Audio equipment is pretty good for a budget mid-ranger, with a 3.5mm headphone jack and dual speakers, plus an FM radio receiver.

Note that the retail package will vary by country. There may or may not be a charger, protective case or headset. Of course, all versions should include a USB-C cable, a needle to remove the SIM card tray, and manuals.

What is your opinion about Motorola Moto G32? Share your thoughts with us in the comments section technology news Follow from Tikrato.