These days Global methane emissions It has become one of the big concerns of different governments, the United Nations has designed a new technology to solve this problem.

Recently, the United Nations has claimed in a report that through satellites it can Reducing the emission of greenhouse gases in the world help. Following this claim, the aforementioned organization has unveiled a methane gas warning system called MARS, which, as its name suggests, warns countries and companies about the widespread release of methane gas.

Read more: Controversial news of NASA about the release of methane gas in the sky of Iran [+ ویدیو]

Apparently, the UN technology uses the data collected in satellite maps to identify the sources and in this way inform the relevant institutions at the right time. Therefore, the new technology and system of the United Nations can help reduce the progress of this harmful gas and clean the air.

The initial MARS program will reportedly focus on very large energy sources. Of course, the program has gradually expanded to include smaller resources, along with various alerts from animals, coal, rice, and garbage.

Organizations involved in this program, such as the International Energy Agency and the United Nations Clean Climate Coalition, will provide the necessary assistance and advice in the implementation of this process. Also, the information received by the generated technology will not remain confidential. Because the UN will make the data and their analysis public between 45 and 75 days after detection. 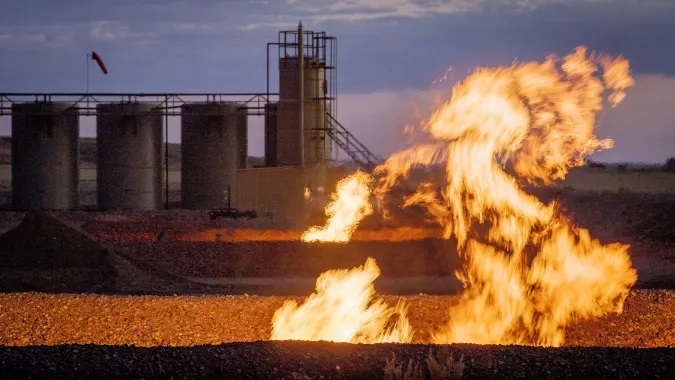 The system will be initially funded by the US government, the European Commission, the Bezos Earth Fund and the Global Methane Center (GMH). As you know, Bezos and GMH have supported any efforts to identify and combat agricultural methane emissions to date.

According to the United Nations, this is the first system that will be made available to the public. Theoretically, the designed system leads to a faster and more targeted reduction of methane gas emissions, which will be very important and vital in the coming years.

In general, we can say that the targeted and effective use of MARS technology can help the environment return to its original path, because the methane gas released by humans is a major contribution (about 25% according to the United Nations) in climate changes It has and unfortunately it is quickly removed from the atmosphere.

Of course, it is also important to note that MARS technology will be effective and efficient only if governments cooperate and collaborate with businesses. Because ignoring the warnings by the enforcement agents will make this process useless. For example, an oil company may not be willing to spend the money to repair its equipment. In this case, using this system, the United Nations can only point out the existing problem, but cannot take the necessary measures.

What do you Tekrato users think about methane emissions in the world? Share your opinion in the comments section with Tekrato and News Follow with us. Previous post A strange sound along with the shaking of the ground in Kish; What is the matter?