The advice of the commander of the Islamic Revolutionary Guard Corps with reference to Migration of people to Iranian platforms He said that the authorities should create the necessary capacities in these platforms.

In a report, Hamshahri Online quoted Hossein Taib, advisor to the commander of the Islamic Revolutionary Guard Corps, regarding the state of internet restrictions and filtering of international social networks, saying: “The capacity of internal messengers has increased five times and they are much less likely to go to the filter breaker.”

Migration of people to Iranian platforms

According to Hamshahri’s report, Hossein Taeb, advisor to the commander of the Islamic Revolutionary Guard Corps, said on the sidelines of his speech to the students of Khuzestan with the focus of insight and enlightenment regarding the recent events:

“Bandwidth usage was obvious at the time of WhatsApp. “Now, the capacity of internal messengers has increased five times and they go to filter breakers much less, but in general, if the necessary capacities can be created in internal messengers, people will be more welcome.” 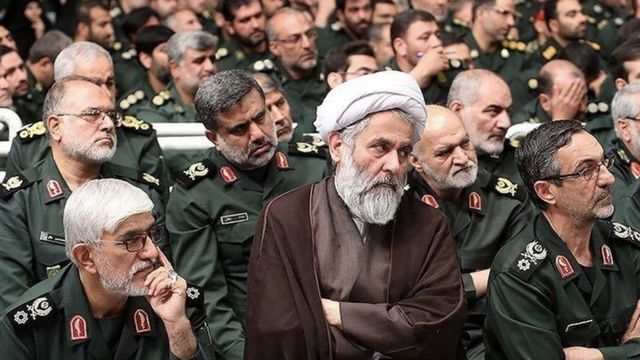 This comment of Mr. Taib is made while according to official statistics, Definite loss of internet in the country to 80 thousand billion tomans has reached and many online businesses have been brought to the abyss of destruction. Called The income of 11 million people in Iran is related to Instagram And the filtering of this social network has a direct impact on the way of life and livelihood of these people.

However, the Ministry of Communications, which in the recent period has always provided accurate responses to time Fix WhatsApp and Instagram filters Shrugged, these days it is trying hard to move people to internal platforms and a Special government support package for online businesses It is also prepared to migrate to the internal platform.

It should be mentioned that despite Hamshahri’s report, according to official statistics, Shahid these days 30% growth in the use of filter breakers in the country Are. Also, not long ago, a member of parliament from Dramatic impact of filtering on VPN sales growth said.

What is your opinion about the migration of people to Iranian platforms? He shared his opinions with Tekrato in the comments section technology news Follow with us. Previous post Know the possibility of the router being shut down; Hazaradastan group published an official statement