Thanks to Twitter, tweets will be more diverse from now on because The possibility of using photos, videos and gifs at the same time Provided on Twitter.

The new feature of Twitter, which is currently available for Android and iOS users, is the ability to simultaneously use photos, videos and gif files in a text tweet.

Alessandro Palozzi, the world’s famous whistleblower Social Networks First announcing the addition of this feature in April, Twitter has since confirmed that it is working on multimedia posts. This is despite the fact that previously you could only share a media file in a tweet.

Simultaneous use of photos, videos and gifs on Twitter

Now feature Combination of photo, video and Gif It is available on Twitter and all you have to do to combine these features is to select the photo icon and add the desired media. According to the number of images or media assets, Twitter shows them in a grid form.

Apparently, it is now possible to add four pieces Multimedia content It’s in a tweet, but it’s not yet clear if tweets posted outside the platform will support this feature! 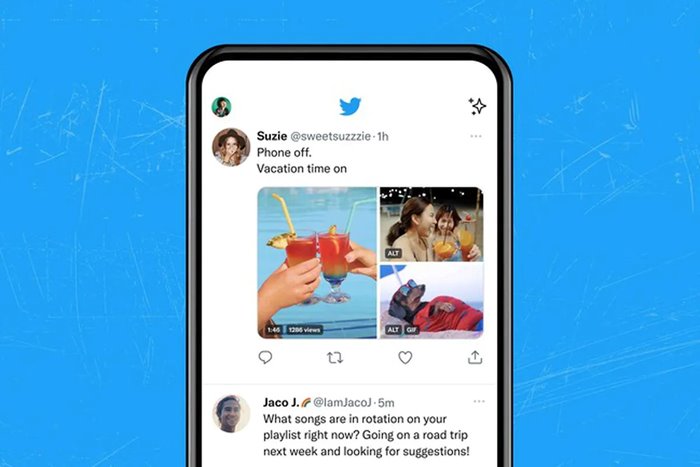 Our investigation of this issue showed that placing these tweets among the content of the website causes only one or two of the tweet contents to be displayed, and sharing them in Slack also resulted in a similar situation.

In a situation where it is said that Elon Musk is on the verge of buying Twitter and there are many discussions about the future of this platform, this social network is always adding new features. For example, Twitter recently Edit tweet option added to your application.

What do you think about the possibility of using photos, videos and gifs on Twitter at the same time? Share your thoughts in the comments section technology news Follow with us.