Face recognition technology near Filtering system advanced, It has made Iran one of the leading countries in limiting the flow of information. In this regard, Amir Rashidi, director of the digital rights and security department Company middle group in Austin, United States about facial recognition technology and Internet outages with a scientific journal Scientific American He is sitting in a conversation, which you will read in detail below.

How does the Iranian government use facial recognition technology in addition to the filtering system?

In the midst of the Covid-19 pandemic, we have observed that Iran Tech Face Recognition launched In this regard, the Minister of Health noted that in cooperation with the traffic police, they used the cameras on the streets to identify people who did not wear masks. Then, two weeks before the protests, it was officially announced that: “We used the same technology to photograph women who did not wear hijab and tried to find them.” 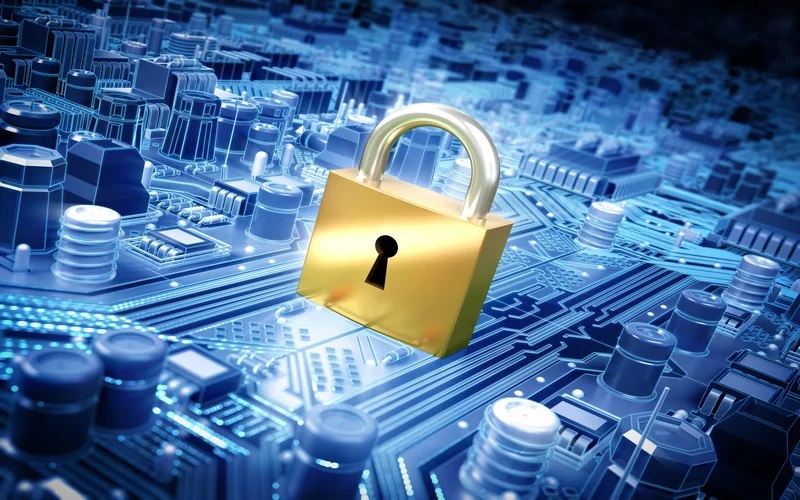 The Iranian government is officially proud of having such technologies and God always talks about it, which has also made people a little more sensitive. If you look at the number of videos that have come out of the protesters, some of them are attacking the security cameras that this fear of being operationalized. Face recognition system is showing. Not only the protesters are careful not to reveal their faces, but the news media also blur their faces for this reason.

Is there a way to disable facial recognition?

Looking at the experience of other countries shows that there are solutions: clothes with special designs can be seen on cameras. Visual impairment Make. But none of the existing solutions, due to the lack of necessary information, can be reliable because we do not know what algorithms they use so that we can provide a specific solution, but what we know is that: Islamic Republic and People’s Republic of China They cooperate with each other in the development of this technology. Based on this, I can imagine that Iran and China rely on the same facial recognition features. Also, the Internet filtering model in Iran is very similar to what happened in China, so I would not be surprised if china This technology to Iran brought 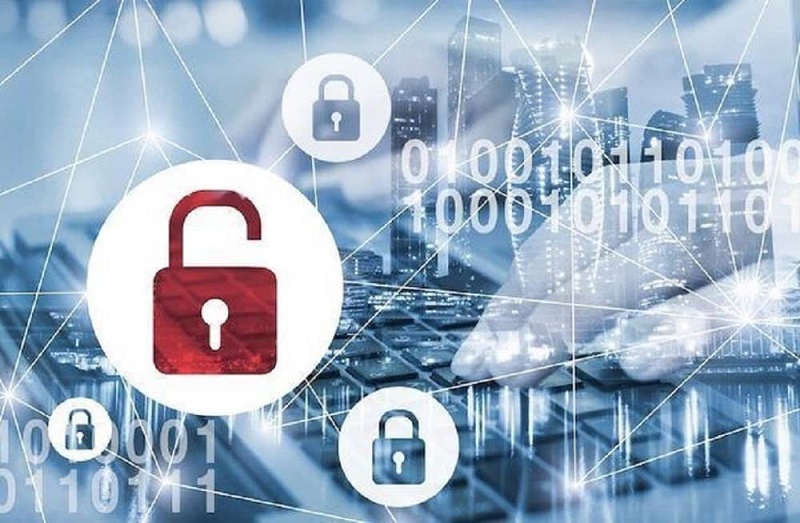 What Iran is doing with the Internet is quite special, but again I have to say that it is just like what was launched in China, but I think that Iran is much more advanced than China and Russia in pursuing it. The ultimate goal of this system is to have a local network, or as the Iranian government says, National Information Network is usually in people’s daily conversationsNational Internet / Intranet” is named. This system connects local networks of internal services independently of the Internet. So when the internet goes down, this local network will still work, but you will no longer have access to the international internet. The Russian government passed a similar law for the development of the local network in 2019, but they are still a long way from launching a filtering system like Iran.

Such infrastructures require many tools and components to be operational. For example, Data centers. And in the application layer as well Messengers, Email system, Search engines And… it is needed. China is doing something like this: Baidu, we chatwhich has all these services under its filtering control. All these things that operate online infrastructure are possible without an internet connection. Finally, the Iranian parliament has passed a set of laws that allow them to develop such infrastructure to achieve this goal, i.e. control Information flow.

All that has been said is very similar to China’s Internet Localization Project However, the development of infrastructures and policies approved by the policy-making bodies make Iran’s program much more advanced and even more successful in gas extraction and information control. Of course, I speak cautiously about the success of these systems in China and Russia, because I am not an expert in the affairs of these countries.

Access to intranet Is. In this regard, the Minister of Communications said in the national media with Debdebeh and Kabkebeh:

“We blocked WhatsApp because it didn’t follow our rules, so if you’re worried about your business, you can turn to national messengers.” 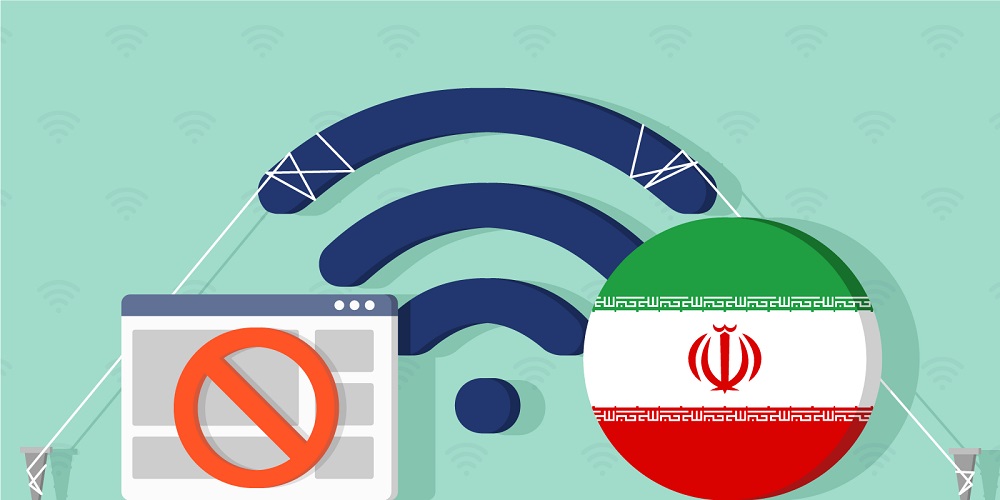 One of these internal messengers, Rubik’s That something like the same we chat China is Because you can find everything in it, from buying tickets to paying bills and watching TV. They don’t even hide their surveillance. For example, a video of Rubica was published in which the head of this company explained how their very accurate artificial intelligence identified and immediately deleted sensitive content in a conversation between two people!

Read more: Special facility for migrating to the domestic platform for domestic businesses; the last trick of the Ministry of Communications to attract users!

This is undoubtedly worrying, and I note that this is our last line of defense against National Internet Is: Until today, people have not used it because they are worried Privacy And security have been themselves But if the government of the Islamic Republic is successful, people will use national services [به هر طریقی] It will encourage internal networks, and this way, the separation of local and international traffic.

Consider that if you use local services, you have access to a faster network and cheaper traffic, which is almost half the price of international Internet! And instead of that, if you want from International traffic Use it, it will be slower and more expensive for you. Put all these things together and it’s likely that people, especially during this economic crisis, will feel like, “Yeah, let’s use these same national services!”

Is there a way to bypass the filtering system for Iranians?

There are many discussions going on in Iran, for example satellite Internet! But there is no definitive solution. But when governments don’t want people to have access to satellite internet, it won’t be a reliable solution! The solution is no longer the Internet; Rather, it is “Data Casting” by Free Internet Pioneers Organization Performed in Los Angeles. They broadcast the data to satellite television programs that even a user in Iran can watch by connecting a USB To Satellite receiver Download this information and open it with special software. 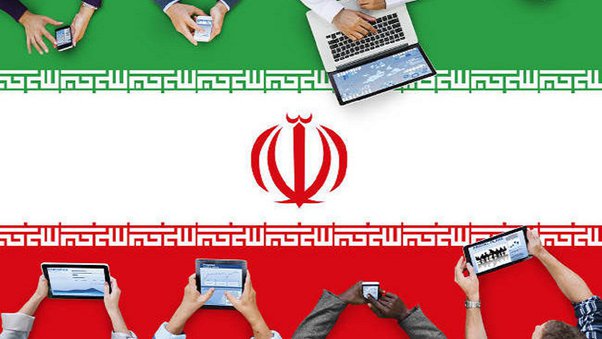 Usually in such packages there are news and all the circumvention tools that we recommend to people. So there are solutions. But unfortunately, the solutions are not reliable enough to be widely distributed. However, we need to allocate and find more resources in terms of manpower, technology and money to study and see how we can come up with a solution that can really be used on a large scale.

By studying the national network, we can find a way to cross it. It is worth noting that many studies have been conducted by private Internet freedom organizations and we are also cooperating with them; Yes, we have found solutions, but one of the issues is: everyone notices the internet going down when it happens, but when it’s over, everyone goes back to normal life. And this is not the mentality that we should have. The most important thing to do for timeout is before Internet outage Be ready for it!

Read more: bypassing the national internet after the full implementation of the security plan; Solutions to circumvent the national Internet!

What else is important to know about the filtering system?

The international community only sees this problem in Iran; But the problem is that all the governments of the world are trying to destroy our rights and that’s where the misery lies, they learn from each other’s hands. What I would like people to pay attention to is that what is happening is a threat to freedom and the right to freely access the Internet, and they want us to accept it! Because if China and Russia develop the same infrastructure as Iran tomorrow, it will not be the internet that we know today. Perhaps the future will resemble separate archipelagos that will eventually destroy the philosophy behind the Internet, which was to connect people to each other!

Your opinion about Iran’s filtering system What is? Please share your thoughts and experiences with us in the comments section technology news Follow from Tikrato. Previous post Smuggling Starlink equipment to Iran at an astronomical price; New business boom in the shadow of filtering! Next post The Pentagon and the European Union will pay for Ukraine’s Starlink!
Zubaida Naeem