The Vice-Chairman of Knowledge-Based Businesses Commission of the Iran Chamber, referring to the unfavorability The impact of filtering on online businesses He mentioned holding various meetings to remove it

Vice-Chairman of Knowledge-Based Business Commission of Iran Chamber With reference to undesiredness The impact of filtering on online businesses He mentioned holding various meetings to remove it.

According to the report of the Iran Online Chamber, the Board of Representatives Iran room In the meeting on November 29, focusing on the issues of the country’s economy, about Seventh Development Plan And The impact of filtering on online businesses and the livelihood of the community discussed. In this meeting, the president of the Iranian Chamber spoke about more than 400 thousand businesses that are being destroyed due to the limitations of the country’s communication space, and in the meantime, he also said about 9 million people whose livelihood is in danger.

He went on to discuss the key and undeniable role of the Internet as today’s business environment. The impact of filtering on online businesses considered it very unfavorable in the last two months and this is one of the problems of business owners, especially small businesses. Internet limitations knew

Read more: The effect of filtering on Instagram stores; A fatal blow that was not fatal!

The impact of filtering on online businesses

According to Gholamhossein Shafi’i, President of Iran Chamber of Commercebased on official statistics central bank 3.3 percent of GDP is directly related to the economy of information and communication technology. He said: “Based on this, the restriction of the Internet in the last few months, while imposing irreparable losses on many companies, especially businesses active in the service sector, has led to a decrease in the share of information technology in the national GDP.”

He continued based on survey statistics Organization of the computer trade union system He added that 25% of the participants in this survey reported a 50-75% decrease in sales: “It is also interesting to estimate the amount of possible damage if the restrictions continue. 25% have estimated daily damage of 50 to 60 million tomans. 21% estimated between 50 and 100 million Tomans and 26% over 100 million Tomans. More than 400 thousand businesses are facing destruction in this situation. After Sohrab’s death, the potion does not work.” 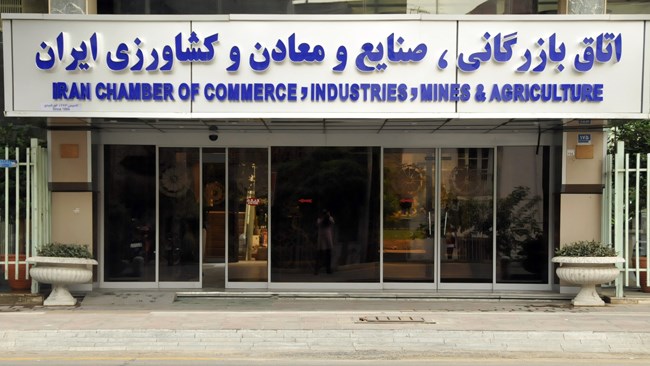 Gholamhossein Shafie in the continuation of this meeting while pointing out the important role Foreign social networks In Iran’s manufactured goods market, he announced that this issue increases the importance of paying attention to the survival of Internet businesses:

“More than 71% of the products exchanged on Instagram pages were products of Iranian production, mainly women and young people are the owners of these businesses.”

Also Farzin Fardis, vice president Knowledge-based Business Commission of Iran Chamber In this meeting, he presented a report on the problems of internet businesses in the last two months. He announced that 16 meetings have been held with various institutions of the country on the topic of removing Internet restrictions, but in this case, it seems that there is no listening ear. He said:

“Hope for the future in the country has been distorted. The worst of all is the situation of the digital economy, which had its initial growth and unfortunately has declined today and there is no hope for it anymore.

Iran’s room has been compared to many times before The impact of filtering on online businesses He emphasized on the digital economy and raised criticisms in meetings with the country’s officials.

Your opinion about The impact of filtering on online businesses What is? Share your thoughts with us in the comments section Technology News With duplicate follow. Previous post Illegal production of Nokia phones in Iran; What is the story about? Next post Galaxy M14 was spotted on Geekbench
Zubaida Naeem