After completing the tests and reviews of Apple’s new flagship camera by DxoMark, iPhone 14 Pro camera rating It has been published on the website of this institution.

First of all, it should be said that the iPhone flagship has shown a very good performance in the field of camera and has been praised by DxoMark, but still it is not recognized as the most powerful camera among smartphones and with a very small difference from Honor Magic 4 Ultimatehas taken the second place in the DxoMark list.

Before seeing the iPhone 14 Pro camera score, it is better to take a look at the reports about the imaging system of this smartphone.

It is said that The new iPhone flagship In all shooting scenarios with different lighting conditions, it is able to record unique images with natural contrast. Also, the camera of this smartphone has received positive feedback in the field of zooming the distance. According to DxoMark experts, the iPhone 14 Pro camera preview is very accurate and will be very similar to the final image. 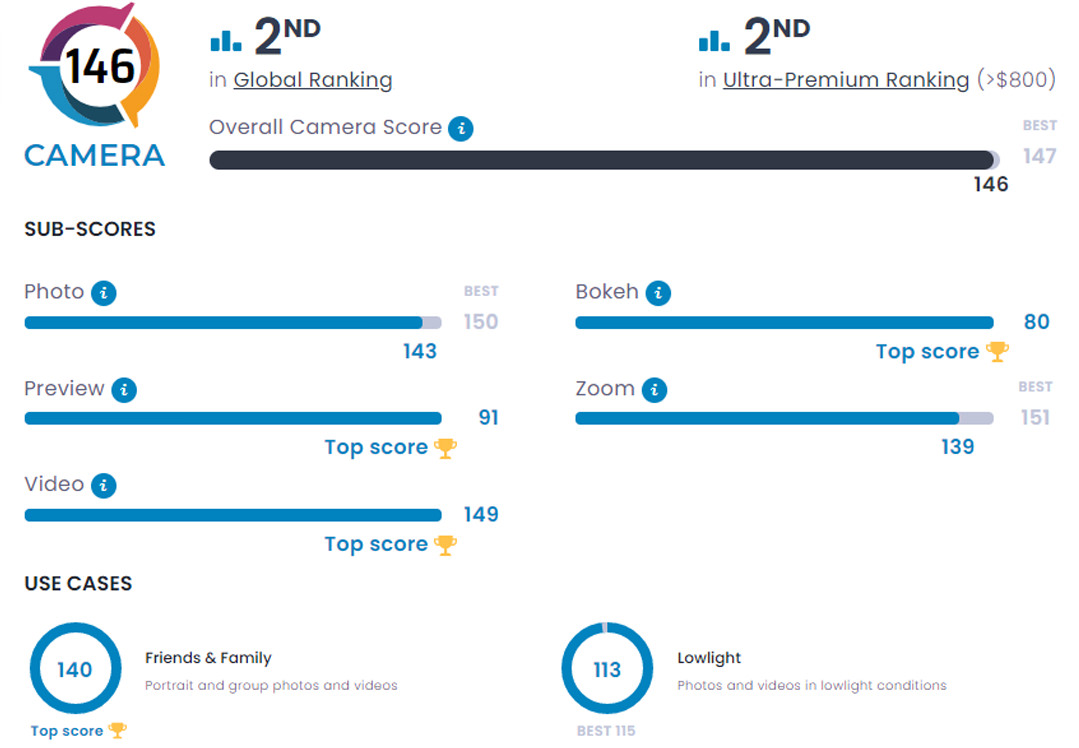 In the picture above, we can see the iPhone 14 Pro camera score and its performance in different fields. Considering the fact that DxoMark is very strict in its reviews, it must be said that getting a score of 146 and ranking second in this institution is a great achievement. The iPhone 14 Pro appears powerful in all areas, and among its strengths, we can mention the excellent videography, which intercepts its subject in a wonderful way.

It should be noted that along with all the strengths of the iPhone 14 Pro camera, there are some small weaknesses that have caused the smartphone’s camera to not take the first place in the DxoMark list. In terms of photography, Honor Magic 4 Ultimate has scored 150 points, while the flagship iPhone has managed to receive 143 points. In addition, the iPhone 14 Pro camera does not record details well in indoor environments where exposure conditions are usually not suitable. It should be noted that the reduction of image details can be seen when photographing subjects at long distances.

Finally, it should be said that the Honor Magic 4 Ultimate tops the DxoMark list with a difference of only one point, and the main reason for this difference between the iPhone 14 Pro and Honor is the better performance of Honor in taking pictures, zooming in and recording more details in places with low exposure. The cameras of both products have almost the same performance in other areas.

Now that points iPhone 14 Pro camera We checked it from the DxoMark site, it is not bad to have a look at the details of the imaging system of this product. The flagship Pro and Pro Max version of the iPhone has an f/1.78 lens and a focal length of 24 mm. These two versions are the first iPhone smartphones from 48 megapixel camera They support

This camera combines four adjacent pixels together, which finally provides a 12-megapixel image to its user. Of course, thanks to such a feature, the size of each pixel will be 2.44 micrometers.

What do you think about the iPhone 14 Pro camera score? Is it possible to rely only on DxoMark reviews to make a final conclusion about smartphone camera quality? Please share your views in the comments section and the latest Technology News Follow with duplicates. Previous post The plan to confiscate the properties of celebrities was launched!