The European Space Agency has released the sound of the Earth’s magnetic field. This magnetic field protects humans from galactic rays and solar wind vector particles, but now it is clear that it has a terrible purpose.

The scary sound of the earth’s magnetic field

Of course, you cannot point the microphone towards the sky to hear or see the sound of the magnetic field. In this regard, the researchers of the Technical University of Denmark collected data from three Swarm satellites European Space Agency collected and turned into a sound in which the sound of magnetic field and solar storm can be heard. 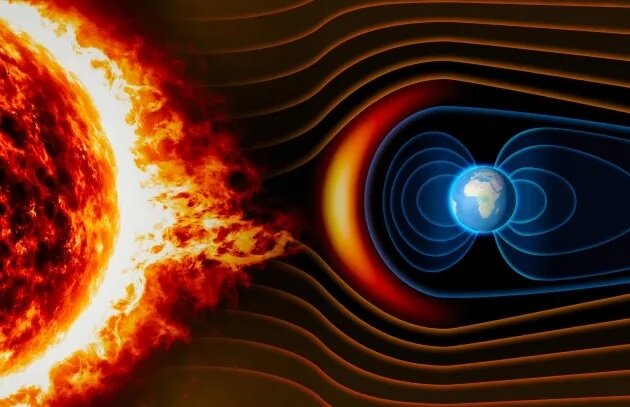 This audio clip is similar to the sound of moving polar ice caps. Klaus Nielsen, a musician and one of the supporters of this project, says:

The researchers used data from the Swarm satellites as well as other sources. They used these magnetic signals to manipulate and control the central field sound display. This project was certainly a useful exercise in combining science and art. The rumble of the Earth’s magnetic field was combined with a geomagnetic storm that resulted from a solar flare on November 3, 2011, and it sounds terrifying.

Of course, this is not the first time that researchers convert data related to silent forces into sounds. Last year, NASA released an audio clip of magnetic field activity around Jupiter’s moon Ganymede. Lately, the sound of the black hole has also been published. In the video below The sound of the Earth’s magnetic field listen to:

What is your opinion about the scary sound of the mefnatic field of the earth? Share your thoughts in the comments section duplicate share Previous post Migration of people to Iranian platforms; Has the use of filter breaker decreased? Next post The 13th government has never cut off the internet; the controversial claim of the government spokesperson!
Zubaida Naeem