In the past, there were rumors about the release of the Google Pixel Fold folding phone; But this phone was never unveiled. Recently, the update of the Google Camera application has revealed information that refers to the redevelopment of the Pixel folding phone.

With the clue found in the new update of the Google Camera 8.6 application, the rumors of the Google Pixel Fold development have resumed. The new update brought a tweak to Material You’s user interface, which placed a few round buttons inside a large gray rectangular box on the Mode tab. These buttons now change color to match the user’s selected wallpaper, and this feature is part of the Dynamic Color capabilities.

New signs of the development of the folding Pixel phone

People working at 9to5Google news agency have found a new mode called Jupiter by checking the new update of the application. This mode has a button on the left side of the camera switch button and is used when the Pixel user wants to switch from the rear camera to the front camera mode while taking photos and videos. But the important news is about the symbol used for this feature. This icon looks like a folding phone (folding ability in the dashed area) with an arrow indicating the movement required to close the device. This feature and symbol probably indicates the release of the Pixel Fold phone. 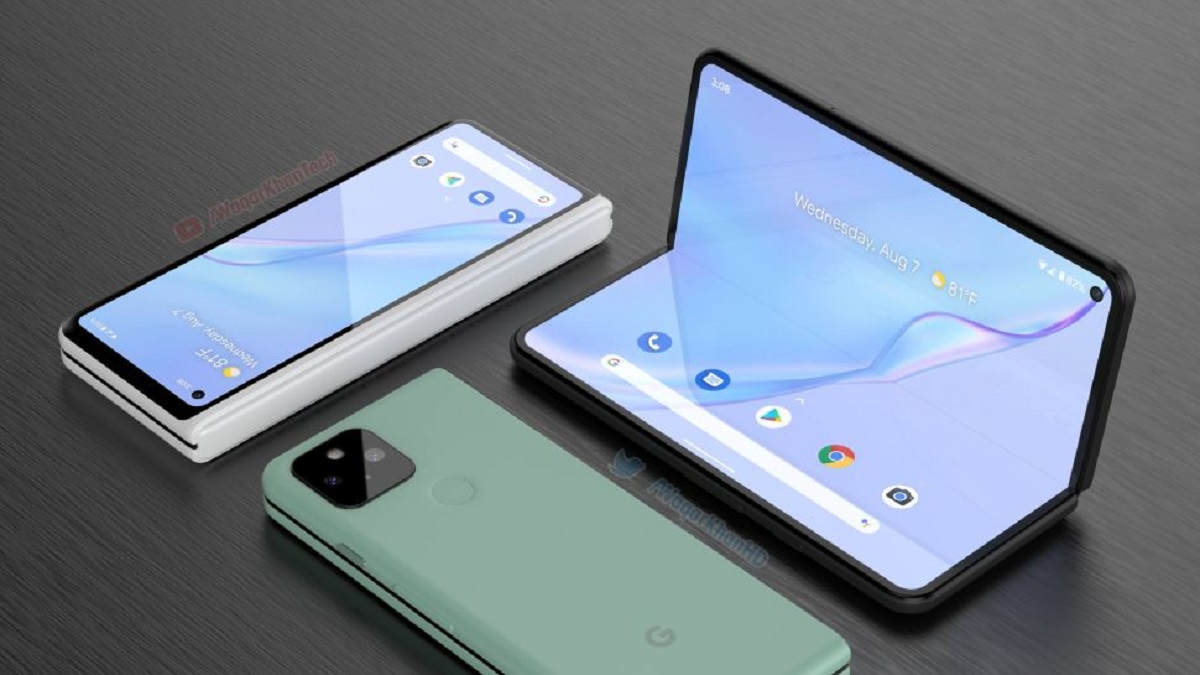 9to5Google experts announced that Google Camera hides the camera switch button by touching. Jupiter mode only seems to work with rear or front cameras. It is also possible to show the previews of each camera simultaneously.

The Pixel Fold or Pixel Notepad may be re-entering the field. It is expected that Google Tensor chip and 5.85-inch display will be used in this device, and it will be similar to Oppo Find N folding phone in terms of appearance.

Among foldable smartphones, Samsung and Motorola are currently very popular in the US. The Galaxy Z Fold turns from a 6.2-inch phone into a 7.6-inch tablet when opened. When opened, the Galaxy Z Flip looks like a standard 6.7-inch phone, and when closed, it looks like a small gadget. The factory form of the Motorola Razr is also the same as the Samsung Z Philip.

It should be noted that about seventy percent of the sales of the Samsung Galaxy Z series in 2021 belong to the Galaxy Z Flip. Before Google stopped working on the Pixel Fold or Pixel Notepad, the foldable phone was supposed to go into mass production in the third quarter of the year. Also, according to rumors published earlier this year, Google is looking for a solution to reduce the price of its foldable phone compared to Samsung products.

Google is expected to launch its Pixel Fold series for $1,399. It is likely that Google will release its first foldable phone at the first official unveiling ceremony of the Pixel 7 series, which will be held in October. Next post How will the Ethereum integration process affect the ETH network?
Zubaida Naeem