After a long time, Bitcoin was able to start a new upward movement, but according to the analysis site Glassnode, the recent jump in the price of Bitcoin is considered a bull trap.

The low activity of the Bitcoin and Ethereum network indicates the risk of a heavier fall of cryptocurrencies. Despite the recent jump in the price of Bitcoin and Ethereum, which most likely stems from the decision of the Federal Reserve and the President of the United States, Glassnode believes that there are still no signs of the end of the cryptocurrency bear market.

The reason for the recent jump in the price of Bitcoin

The data analysis site Glassnode believes that the collapse of the cryptocurrency market is not over. This site pointed to low network fees and lack of new active addresses to prove its claim.

After Bitcoin’s heavy fall that lasted for several weeks, the market’s largest cryptocurrency managed to regain the $24,500 level. This happened shortly after the announcement of a 75 basis point interest rate increase by the Federal Reserve. The President of the United States of America, Joe Biden, believes that despite the negative GDP in the last quarter, the country has not entered an economic recession. 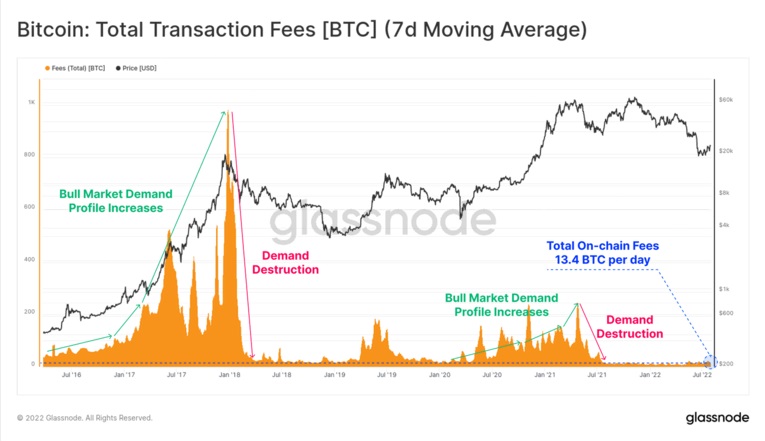 Bitcoin failed to continue its upward trend and fell below the $23,000 level earlier today. In its latest market report, Glassnode attributed the recent drop in Bitcoin to the low network activity of this cryptocurrency. Bitcoin network fees increase when users interact more with the network. In general, the network fee increases in bull markets and decreases in bear markets. Glassnod pointed out that there has not yet been a significant increase in transaction fees.

According to Glassnode, the recent spike in the price of Bitcoin is a bull trap. Looking at the current activities of the Bitcoin network, Glassnode noticed a lack of new demand from investors. Investor demand has only temporarily increased in the short moments after major capitulation events.

If we can draw conclusions based on the correlation between network congestion and network fees with the short performance of asset prices, we find that Ethereum is in a very similar situation to Bitcoin. According to CryptoPotato, the transaction fees paid in the second largest blockchain in the world have reached their lowest level in the last few months. The average cost of an Ethereum transaction is currently under $5. 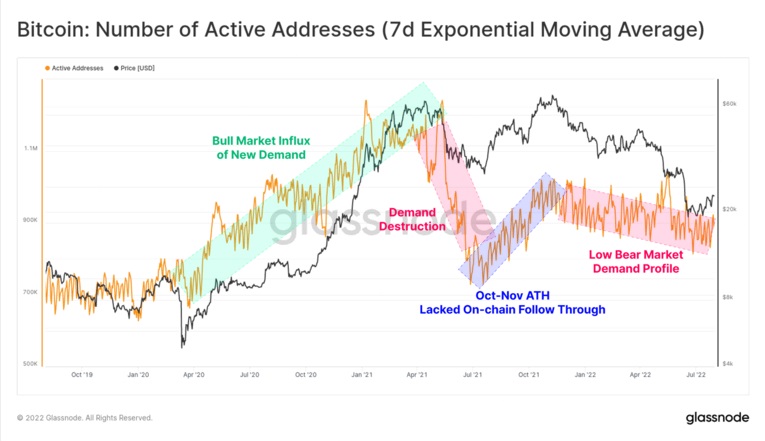 This issue will lead to problems for the native digital currency of the Ethereum network. EIP-1559, which was implemented in last year’s London hardfork, is unable to burn enough ETH due to the lack of network usage. According to these data, it can be said that the cryptocurrency market is once again highly inflated. Ethereum enthusiasts are hoping that the situation will change soon, as the Ethereum merger will take place in the next few months.

What do you think about the recent surge in the price of Bitcoin? Is Bitcoin’s Current Growth a Bull Trap? Please leave your comments in the comments section duplicate share it. Previous post The reaction of the actors of Ahoy Man Maral; Detention of Jiran is not our fault!