Recently, the vice-chairman of the cultural committee of the parliament has stated that the government needs to create in order to maintain its stability The plan to criminalize spreading lies in cyberspace Is.

Bijan Nobaveh Vice Chairman of the Cultural Committee of the Parliament In connection with the recent demonstrations that have been going on for almost a month, he stated that demonstrations are a phenomenon that is observed in most countries of the world, and in our country, people usually express their dissatisfaction by gathering in front of the ministries. He continued to express his personal opinions regarding the recent protests of the people.

Criminalization of spreading lies in the cyberspace about the state of the country! 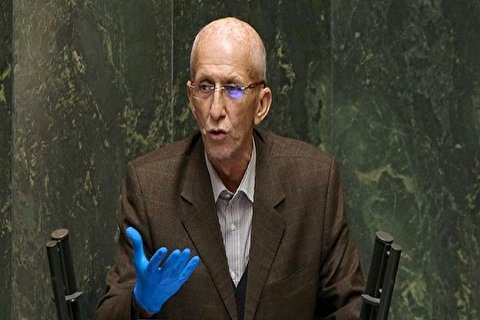 According to Nobaveh Plan to support users of virtual spacethe only direction Increasing people’s security Raised! If the plan is implemented, people who are engaged in illegal activities in cyber space will be dealt with.

What is your opinion about the plan to criminalize spreading lies in cyber space? Who do you think are the main culprits of the country’s current chaotic situation? Please share your views in the comments section duplicate share Next post Criticism of game and entertainment staff of seminary on filtering games; The conditions of the country have nothing to do with the games!
Zubaida Naeem