The Minister of Economy plans tax incentives for Internet outage compensation informed. According to Khandozi, the government is trying to minimize the damage caused to internet businesses by providing solutions.

Due to the prevailing atmosphere in the country, and the widespread outage of the Internet, the most damage was done Internet businesses has been Regardless of the recent events that led to the internet outage, the implementation of the security plan is also the cause and has put internet businesses under the spotlight.

Read more: Threats to cyberspace activists by the head of the judiciary

In a recent meeting with the Ministry of Communications, Economy Minister Ehsan Khandozi said: “It was decided to use different tools, including tax incentives, to compensate the losses of internet businesses. The final resolution will be prepared in the coming days.

It is interesting to note that the details are still unclear Financial incentives plan It is not clear and no news has been published in this regard by the Ministry of Economy and Ministry of Communications. 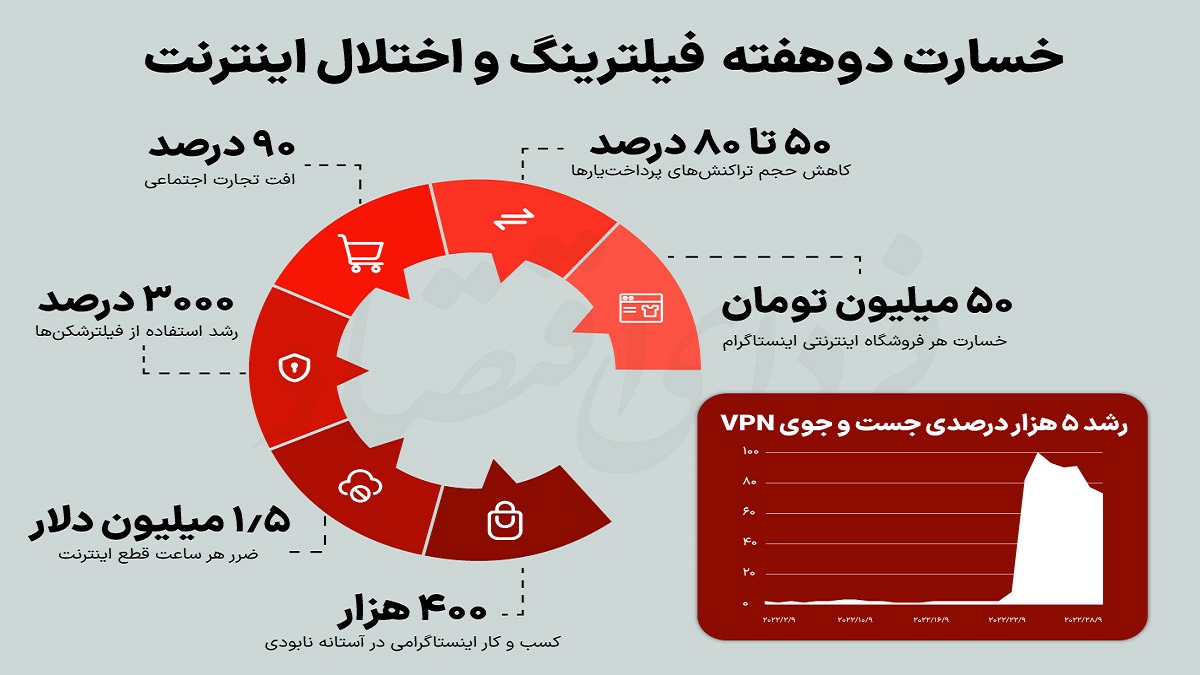 In the past days, many analyzes related to filtering and the damage to Small businesses It has been published by experts. In this regard, the E-Commerce Association expressed concern and protested against the extensive filtering applied on social networks and stated: “Cutting off access to Instagram has put more than 400 thousand businesses at risk of destruction and the livelihood of more than one million people. It has caused serious problems.”

Considering that Zarepour, the Minister of Communications, did not make any comment regarding the compensation for the definite damage of the Internet, it is still not clear on what basis the Minister of Economy’s statement was made.

Since more details regarding the tax incentives plan by Ehsan Khandozi are not stated, it is not possible to say for sure whether this plan only includes large internet businesses or small businesses that are active on the Instagram platform as well. .

Since no information has yet been published about the status and conditions of businesses that operate on Instagram, and considering the long silence of the Ministry of Communications and its recent statements that the removal of these restrictions is at the discretion of the authorities who have notified the Ministry of Communications of these restrictions, Businesses operating on Instagram do not appear to be eligible for tax incentives Internet outage compensation Have.

What is your opinion regarding compensation for the permanent damage of the Internet? Leave your comments with duplicate share