The series “Innocence Lost” directed by Dawood Mirbagheri will be aired in Muharram this year. Stay with us to get to know the actors of the lost innocence series.

The lost innocence series in the religious historical drama genre was broadcast for the first time in the spring of 1982 on the third channel of Sima and was well received by the TV viewers.

Now, this 15-episode series is going to be aired on Channel Three in the days of Muharram 1401. Prominent and well-known actors have played roles in this series by Dawood Mirbagheri. Amin Tarakh, Fariba Kothari, Sara Khoeiniha, Dariush Farhang, Amin Zandangani and Hadis Foladvand are the main actors of Masoomit al-Rasin.

The best movies and series of Tanaz Tabatabai

The best movies of Parinaz Izidiar; From special line to private meeting

Actors of the series Masoomit is lost

Acting in historical works has its own difficulties, but there are many actors who accept cooperation with Dawood Mirbagheri even in difficult circumstances, because his works have always been popular and brilliant. 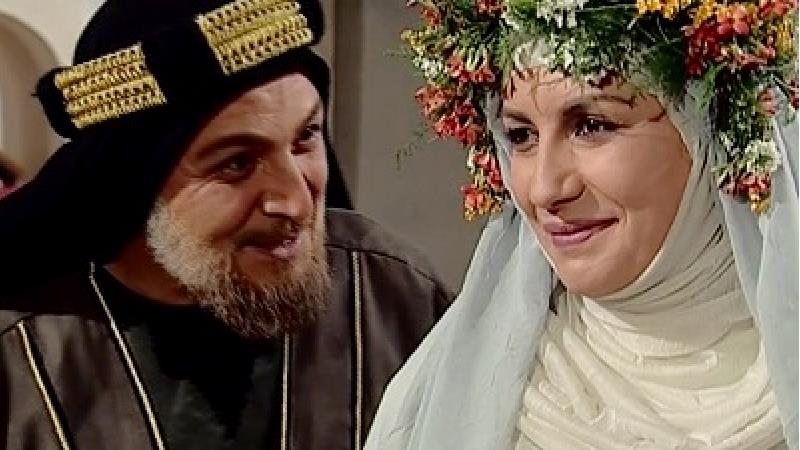 Lost Innocence Collection from The best Iranian historical series and the average rating of IMDb site users for Masumit al-Rashid series is 5.6 out of 10.

Amin Tarakh was born on the 20th of August 1332 in Shiraz. In 1356, he received a bachelor’s degree from the Faculty of Performing Arts of Tehran University. Tarakh has continued his education up to the postgraduate level in the field of cultural management. He is one of the famous actors of our country who is also teaching acting.

Amin Tarakh is married to Mansoureh Shadmanesh who is also an actress and has three children named Mani, Nima and Nami. All three of their children are engaged in art.

In 1360, Tarakh started acting with the movie Bari, the death of Yazd Gard, written and directed by Bahram Bayzaei. In 1363, he became famous by playing the role of Ibn Sina in the television series Bu Ali Sina by the late Kayhan Raheghaz.

The character of “Doctor Pejohan” in the TV series Aghma, directed by Siros Moghadam, is one of the other lasting roles of Professor Amin Tarakh. He played the role of Shuzab in Lost Innocence.

Amin Tarakh, in addition to acting in theater, cinema and television and being a member of the board of directors of Khana Cinema, has been a judge in many national festivals.

This experienced and capable actor of Iranian cinema, who is known as one of the top figures in the revival of Iranian theater, founded the first acting school in Tehran in 1373 called the Azad Acting Workshop. Many graduates of Tareh acting workshop are among the best in their profession.

6 years after the establishment of this school, its officials started communicating with other international acting training schools and Amin Tarakh was invited to the Philinders Drama Center in South Australia. He taught in this university as a lecturer for two years.

Actors of the Chameleon series; Biography and pictures 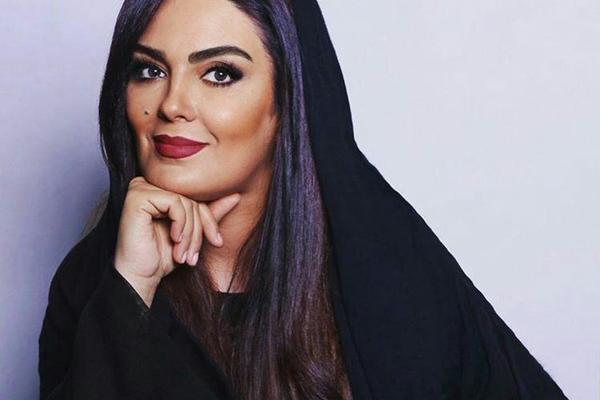 Sara Khoeiniha was born on March 22, 1353 in Tehran. He is a student of graphic arts from the Faculty of Fine Arts of Tehran University. In 1369, he entered the acting field for the first time by playing a role in the video film “Bloody Morning” by Faramarz Basri.

Khoeiniha entered the cinema in 1370 with the movie Flowers and Bullets directed by Nasser Mehdipour, and after that she played the role of Halima, the nanny of the Prophet of Islam, in the television movie Talea Eshgh. In these three films, in which he co-starred with his first wife, Cengiz Vothoqi, he used the name Sara Vothoqi.

Sara Khuiniha was honored as the best female lead actress for her role in the TV series “Masoumit al-Gashada” (the role of Humira) in the 2013 and 2014 television programs festival.

Sara Khoiniha has one sister and three brothers and she is the third child in the family. Her first marriage with Cengiz Wasthoqi, which was arranged when she was a teenager at the age of 15, led to a separation after less than two years. After a few years, she married Youssef Moradian, but this time her marriage did not last and ended in divorce. Ghanche Wathoqi and Shayan Moradian are his children from his first and second marriages.

Fariba Kothari was born on December 1, 1345 in Zahedan. He has a diploma in economics. Kothari entered the world of acting in 1367 by acting in the movie “Mesir Tend Bad” directed by Masoud Jafari Jozani.

He became a popular and famous actor by playing roles in series such as Mukhtarnameh, Delnawazan and Masoumit al-Rashid. She shined in the role of Maria Nasrani in the Masoomit Lost series.

He considers marriage a part, although according to him, his strong dependence on his family and parents made him ignore the opportunities of his youth and doubt his decision to marry. Fariba Kostari is single.

The best movies and series of Parsa Pirozfar 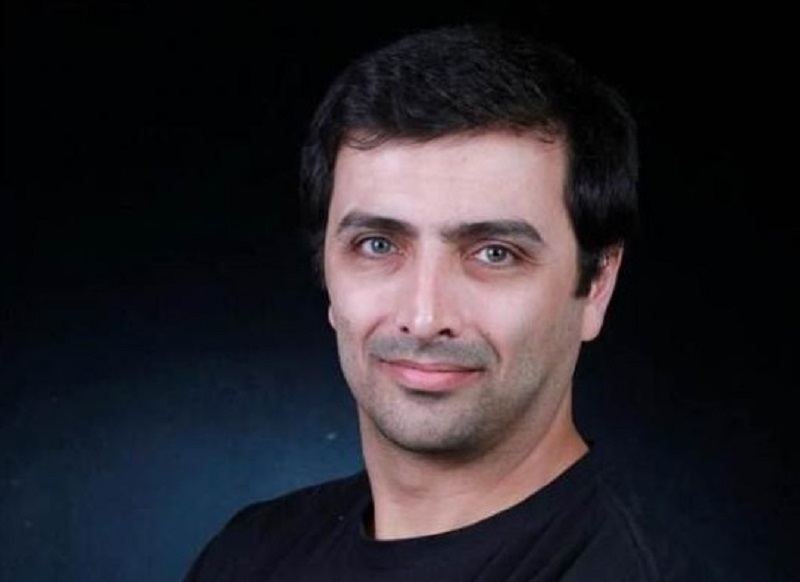 Amin Zangdhani was born on the 5th of Shahrivar in 1351 in Tehran. In 1370, he entered the field of acting by entering the Azad University of Arts, Tehran branch of the Center and studying theater and dramatic literature.

His father, Siavash Zangdhani, was a violin master who died in 2002 at the age of 61. In 2012, he married Alika Abdul Razaghi, who is also an actress.

Among the honors of Amin Zangdhani’s artistic career, we can mention receiving the best male actor award from the Fajr Theater Festival in 1374 and the second actor chosen by the people among the series broadcasted (during 4 years) on the third channel of Sima.

Companion, Few Minutes of Life, Lost Innocence, Novaros and Enchanted Ones are among the best works of Amin Zangdani. Playing in the movie Malek Suleiman in the role of Suleiman Nabi is one of the most important roles of his acting career. 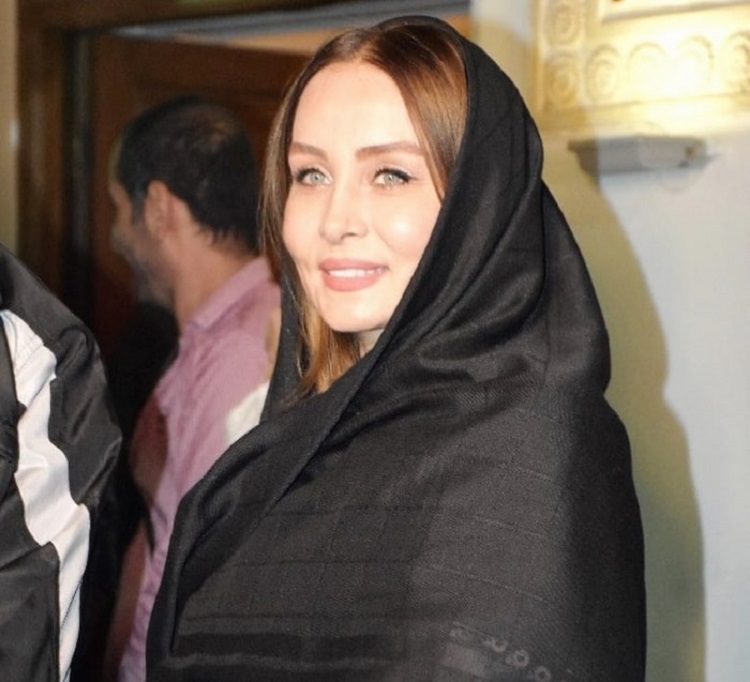 Biographies of the actors of the series Masumit al-Rashid We continue with the hadith of Foladvand, he was born on the 20th of December 1356 in Tehran. He has an associate degree in architecture. Foulavand started his artistic activity since childhood. When he was twelve years old, he took an acting course under Gulab Adina.

Hadith Foulavand went on stage with the show “Flowers of Friendship”. He appeared in front of the camera for the first time in 1378 to play a short role in the movie Dirty Hands directed by Siros Alvand. A year after his first acting experience, he played a role in the Maral movie directed by Mehdi Sabbaghzadeh.

Foladvand entered the TV frame by playing in the TV series Gomgheshte. Among his works, we can mention the TV series “Grey Years”, “Glass Wall”, “Innocence Lost” and “Mukhtarnameh”.

Hadith Foladvand married Rambad Shokrabi, who is also an actor, in 1389, but this marriage ended in divorce in 1400.

The best movies of Saeed Raushi

Farida Sepah Mansour was born on the 15th of April 1326 in Tehran. He started his artistic career by acting in the theater and playing in the play “Prometheus in Chains” in 1348. His first appearance in the cinema was in “Footprints on the Sand” by Mohammad Reza Artman in 1366.

She is the wife of Hoshang Tavakoli, a theater, cinema and television actor. Among the most important films of Farida Sepah Mansour, we can mention “Sahara”, “Lizard”, “Mother’s Guest” and “Law Book”.

Farida Sepah Mansour played the role of Sophia in Masoumit lost. He from Actors of Noon Kh It is directed by Saeed Aghakhani, who attracted the attention of all the viewers in her good performance as Mahlaqa Khanum. Ishan is the wife of Hoshang Tavakoli, one of the experienced theater, cinema and television actors.

Akbar Abdi Aghabagher was born on the 4th of Shahrivar, 1339, in Nazi Abad neighborhood of Tehran. He was one of the students of the School of Art and Literature of Radio and Television. In 1358, after receiving his diploma, Abdi started his artistic activity with amateur shows.

Akbar Abdi entered the TV frame after acting in the Singabha teletheater in 1360 with a role in the Moshla Abad series directed by Reza Zhiyan.

In 1362, Akbar Abdi became famous with the television series Baaz Madrasam Dire, and this was the beginning of his professional activity in the field of acting and creating different roles in the cinema and television of our country.

He is known for playing various roles. Abdi has the experience of playing with female make-up in the best works of Iranian cinema, such as the Snowman, I’m Coming to Sleep, The Sleepy Ones and Latif Sex. He has the first degree badge of Iranian culture and art and has many fans.

Akbar Abdi is married to his cousin Nina Abdi and the fruit of their marriage was a daughter named Elmira who appeared in some TV series and Akbar Abdi’s best movies He has acted with his father. Elmira is married and Akbar Abdi has become a father in recent years and has only one grandson named Sam.

The best Iranian movies of 1401

in the end Biographies of the actors of the series Masoomit is lost We come to Marzieh Borumand, who played the role of Hare in this series.

Marzieh Sadat Broumand Yazdi was born on the 17th of June 1330 in Tehran. Marzieh Broumand received a bachelor’s degree in performing arts from Tehran University of Fine Arts and is currently a writer, poet, puppeteer, voice actor and actress. He has three sisters and two brothers; His two sisters, named Razieh and Tasham, are active in the field of acting and art.

“Grandmother’s House”, “Mice School”, “Hooded Bookstore”, “Zi Zy Golo” and “All My Children” are among the most popular works of Marzieh Broumand, in which her sister Razieh Broumand also worked with her as a voice actress or writer. Is.

Summary of the story of the lost innocence series

Shuzab was one of Imam Ali’s companions, but after some events, he became the treasurer of Kufa and the Umayyads. He is caught in a love that is impossible to connect. In the meantime, Maria, who was once a Christian and has fond memories of Imam Ali’s caliphate, sees Shuzab and the memories of Imam Ali come alive in her mind, and this makes her interest in Shuzab gradually increase.

But the woman Shuzab fell in love with is Hamira and she is Jewish. He, who deceives Shuzab’s heart with his gypsy image, gradually leads him away from faith with his temptation to gain more access to the Umayyad caliphate system.

Maria, who after her mother’s death was entrusted to a monastery and became a Christian nun, is still in love with Shuzab and sends him emotional messages. After some time Shuzab also fell in love with Maria.

The best movies of Ali Hatami

The best films of Asghar Farhadi; From dancing in the dust of Taqhirman

Actors of the series Masumit is lost 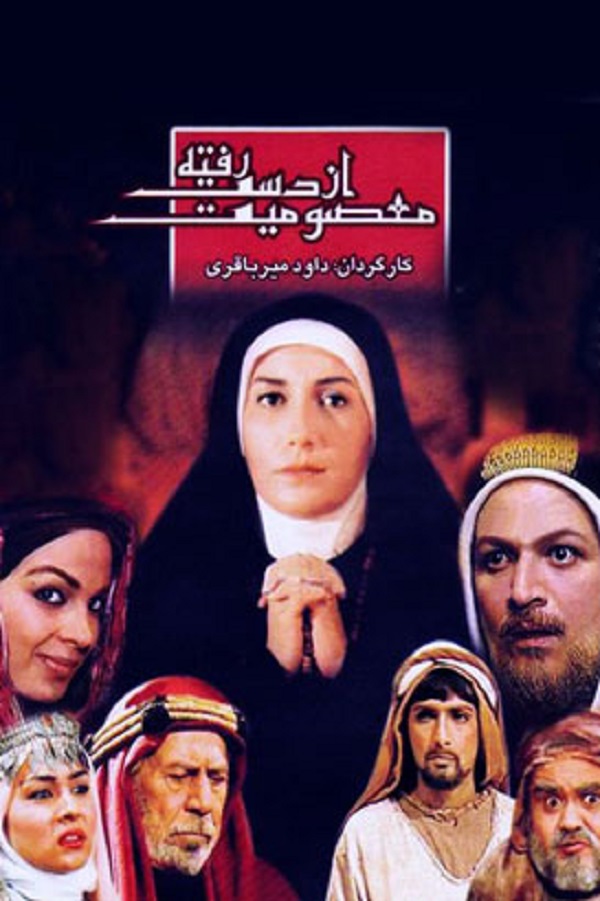 Who are the actors of the lost innocence series?

What is your opinion about the actors of the lost innocence series? Share your thoughts in the comments section duplicate share Previous post 200 craters with suitable temperature were discovered on the moon, which are habitable