In this separate article, we will introduce the actors of the Last Night series, which is going to be broadcast on TV in the days of Muharram 1401. Stay with us until the end.

This special series directed by Mehsa Fath Ali and featuring prominent actors of our country was filmed in Shapur neighborhood, which was one of the oldest neighborhoods in Tehran.

The best series of the home show network

Actors of the late night series

The 10-episode series “The Last Night” which was produced to be broadcast in the month of Muharram, reached the stage of editing, dubbing and color correction at the end of July and will be broadcast on television in August of this year, at the same time as the days of mourning for Imam Hussein (AS). .

In the continuation of the summary of the story, we will give a brief description of Biography of the actors of the late night series And we have introduced the actors of this TV series.

Sanaz Samavati was born on the 8th of April 1350 in Tehran. In 1375, he received his bachelor’s degree in English translation from Islamic Azad University. He met Homan Hosseini in a program and after some time they got married. The result of their life is a son named Bersa.

Sanaz Samavati said about her wish for her son: “My son’s name Barsa means brave and superior.” I want him to be famous for Iran and to be first in any field he tries in the future, whether it is art, sports, or science, and bring medals.”

Due to her interest in acting, Samavati participated in the free acting classes of Ostad Saarigyan and was among the 72 chosen among 200 of her classmates.

He entered the cinema in 1373 by acting in the movie Hami directed by Qadratullah Salhmirzaei. Samavati became famous by playing a role in the Nine Nights series directed by Mehran Madiri.

Sanaz Samavati lived in Sweden from 1384 to 1389. In these years, he wrote a play called “Little Ant People” and staged it in this country.

In response to the question of how he spends his free time, he said: “I do sports. I like swimming, skiing and bodybuilding. I also like to travel. I used to read a lot of novels. But I study history, philosophy, and psychology, and pregnancy was a good opportunity for me to re-read many books and learn new things.”

The best movies of Ali Hatami 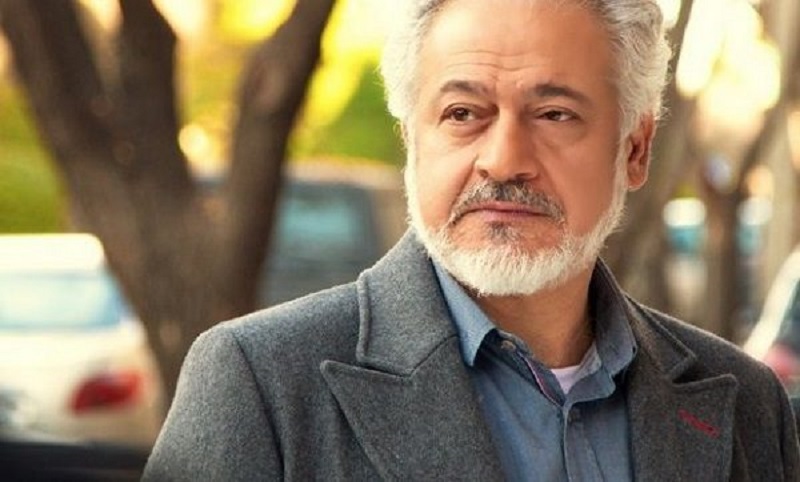 Read More Biography of the actors of the late night series We go to Majid Moshiri. Moshiri was born in 1340 in Shiraz. He has a bachelor’s degree in civil engineering from Shiraz National University. Moshiri is married and has three daughters named Saba, Mehsa and Parisa.

He worked for some time in Bushehr stone mine and after that he participated in an open acting class and workshop of Amin Tarakh. He entered the field of acting by playing the lead role.

Moshiri showed a good performance in the TV series Clue. After some time, he became famous with an additional role in the Red Line series.

Majid Moshiri has appeared in different roles in cinema and television. In 1381, he attracted the attention of viewers with his brilliant performance in the movie “Rai Baz” directed by Mehdi Noorbakhsh and aroused the admiration of everyone.

The best Iranian movies of 1401

Shiva Khosrow Mehr was born in December 1350. He is the first child in a family of six and has one sister and two brothers. He has been familiar with theater since childhood, because his father was present in this artistic field.

Khosro Mehr is a theater graduate from the Faculty of Fine Arts, and in addition to acting, he is also engaged in writing stories. He participated in one of Amin Tarakh’s acting classes, and his first appearance on the stage was in 1979 in the Teletheater to Damascus, directed by Ostad Saarigian.

Shiva Khosrow Mehr has a daughter named Roksan. His daughter is a student and does theater work, but she is not interested in formal movements and acting.

Shiva Khosrow Mehr, who has been divorced for a long time, said about this in an interview: “It is hard to be both a father and a mother, especially when you have to play the role of a father, apart from a mother, for your child. Be a father too. It might interest you to say that I get more Father’s Day greetings than Mother’s Day greetings.” 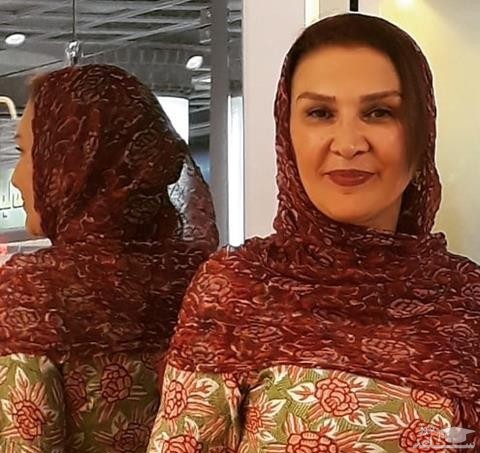 In the continuation of the biographies of the actors of the Late Night series, we come to Mina Nowrozi, who was born on the 10th of April 1344 in Gilan. He has a diploma in acting from the cinema educational complex and his first theatrical experience was a theater called Broken Images in 1364 in Sangalj Hall, and then he played a role in the play “Zir Ghazr Loti Saleh” directed by Hadi Eslami.

Mina Nowrozi entered the television frame in 1371 with a role in the popular series “Muzd Tres” directed by Hamid Tamjidi, and in the same year, she experienced acting in the cinema by playing a role in the movie Dere Hazar Fanous.

Mina Nowrozi is the wife of Amir Qasim Razi, one of the prominent theater directors. Nowrozi is very interested in sports. He is a soccer player and because he is originally from Azeri and loves Azeri people, he is a fan of the Tractor team.

Nowrozi, like most of his old colleagues, is dissatisfied with the chaotic situation of cinema and television these days and said about this: “Work is only for a special few people and some people get jobs through their friends, because of this, some people face unemployment. »

The best movies of Elnaz Shakerdoost

Saqi Zinati was born on the 5th of November 1349 in Rasht. He has a master’s degree in mathematics. Zinti entered the world of acting in 1370 by playing a role in the fictional film “Predicament”.

Saqi Zinati has been married for many years and has a 14-year-old daughter named Sarina Saberi, who, like her mother, has entered the world of acting and has played roles in several telefilms. This experienced actor has activities as an ambassador of Iran Autism Association.

Saqi Zinati became known among the viewers with the series “Duniya Shirin” album, and then became famous by playing in the popular series “Pos Baran”.

In 1372, Saqi Zinati won the award for the leading female role in the play “Chaharshanbe Khatun” directed by Reza Mir Manavi at the Fajr Theater Festival.

In 1377, when he was 28 years old, he entered the television frame by playing a role in the series “Storks on the Roof” directed by Javad Kohnmoui, and in 1384, he also experienced acting in the cinema by appearing in the movie “Stars Become a Star” by Fereydon Jirani. 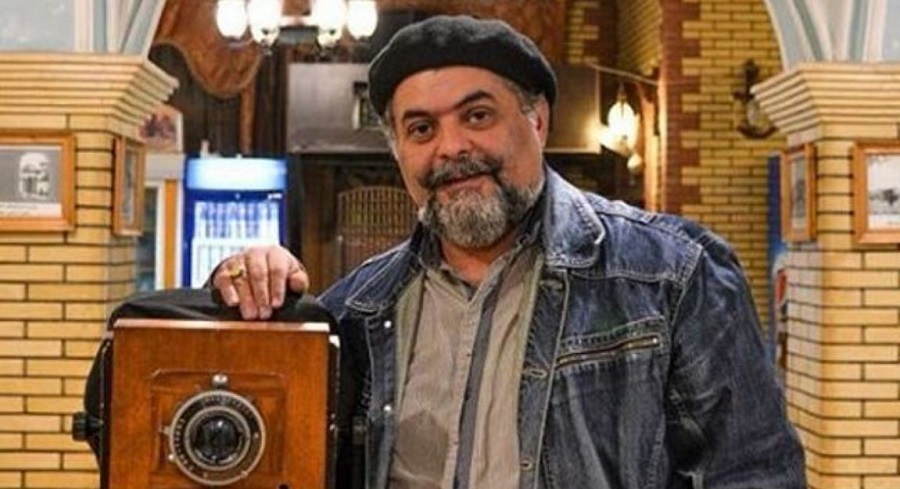 Farhad Besharti was born in 1345 in the city of Rasht. He has a master’s degree in acting and directing from Islamic Azad University, Tehran branch.

Farhad Besharti started his artistic career in Gilan theater in 1369. After finishing his studies, he started working seriously and professionally in the field of acting. He is one of the active actors in social, family, child and adolescent, police and humor dramas.

He became famous by playing in the series Duniya Shirin Darya. Besharati has performed well in theaters, telefilms, television series and several movies.

Besharti has been married for a long time and has a son. In addition to being an actor, he is also an ambassador for addiction prevention.

The best movies and series of Tanaz Tabatabai

The best movies of Niki Karimi; From bride to Azar 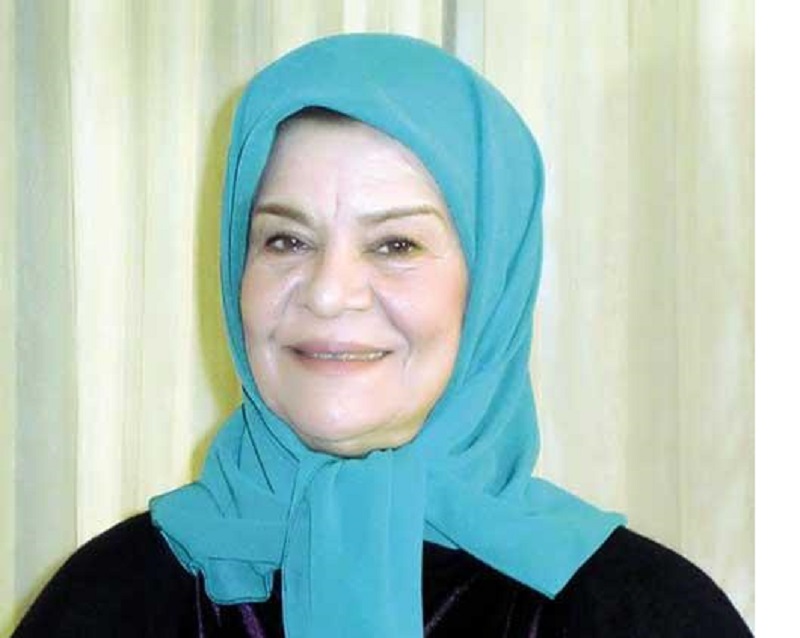 Zohra Safavi was born on the 16th of April 1321 in Tehran. He is one of the experienced theater, cinema and television actors. He is the son of Suleiman Ahmad Safavi, who was a theater director, and he started acting at the age of five in Tehran theater with the performance of Operation Zhangule directed by his father.

Zohra Safavi has a bachelor’s degree in geographic weapons from Officer University. She has two daughters named Zahra and Mitra, both of whom have followed their mother’s footsteps and are actresses.

We will finish the biography of the actors of the last night series Shahram Abdoli, he was born on the 29th of May 1355 in Tehran. He is of Azeri descent and has played roles in TV series.

He loves great writers and traditional Iranian music. Shahram Abdoli has been married for many years and has two sons named Artin and Adrien.

He became interested in acting from the first grade of primary school and started his career by joining the school theater group. He said about this: “His sports teacher had a colorful role in his acting. He says that out of the two hours of sports class, we used to exercise for one and a half hours, and then for the last half hour, our sports teacher, Mr. Rezaei, would tell us a story and He said to perform it as a show.

The best movies and series of Parsa Pirozfar

The best movies and series of Pejman Jamshidi

Synopsis of the last night series

This collection depicts the life of two families with different lifestyles. The members of one of these families are moral and religion-oriented, and the other family loves wealth and is immersed in worldly appearances.

The difference in the lifestyle and thinking of these two families causes many conflicts between their children over various issues, and these differences lead to different events.

Who are the actors of the late night series?

Agents of the late night series

What do you think about the actors of the late night series? Share your thoughts in the comments section duplicate share