In this article, we discuss the biographies of the actors of Mania series, which was one of the best romantic and family drama series on TV in 2013.

Mania series from On the first Friday of Mehr month, every day at 18:00, it will be broadcast on iFilm channel. This series of 29 attractive and popular episodes was written by Saeed Nematullah and Mohammad Reza Shafiei was in charge of producing the series.

In the continuation of the director’s biography, we have a summary of the story and Biographies of the actors of Mania series We present to you.

Mania series directed by Mohammad Mehdi Asgarpour is one of the The best Iranian series It was produced in 1390 and aired for the first time on Sa Cima network. 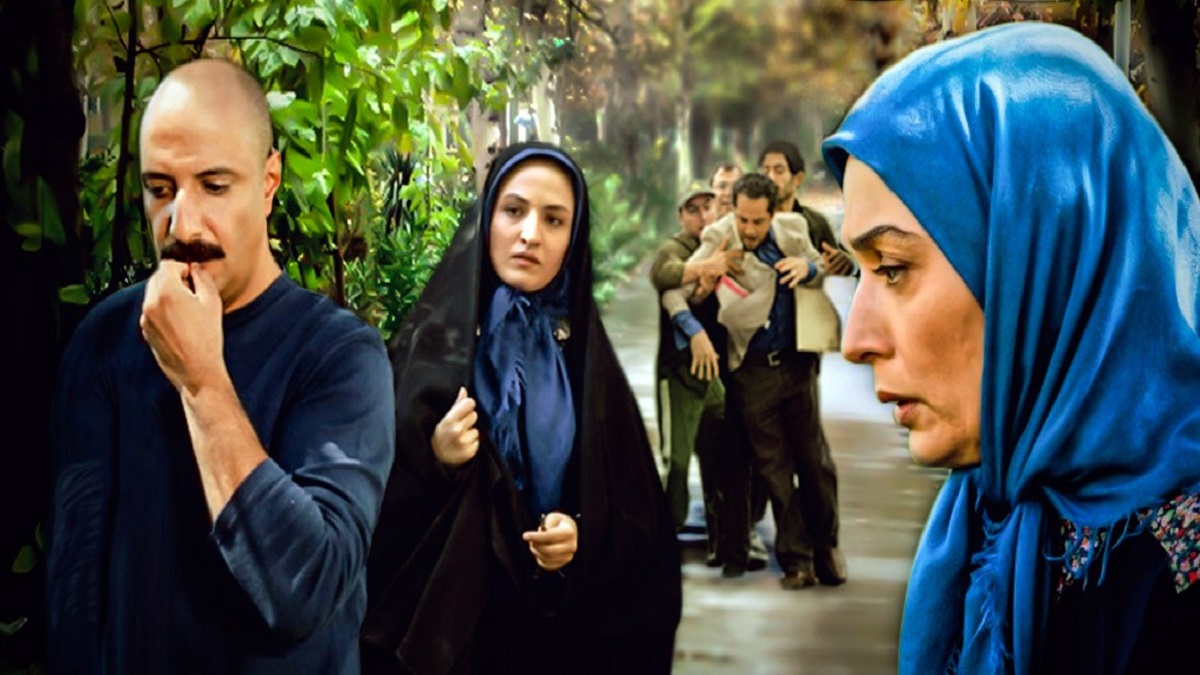 Atta Omrani He was born on the 24th of July 1365 in Tehran. He learned acting in the live classes of Yad Amin Tarkh. In May 2010, Saeed Nematullah (author of Shidaei series) introduced Omrani to Mohammad Mahdi Asgarpour (director of Shidaei) and in this way, he experienced acting in front of the camera for the first time.

Mania series was one of the best TV series in 1990 and Omrani became famous by playing a role in it. He had lost seven kilos to fit his role at the request of the author.

After Mania, Ata Omrani appeared as Farshid in the series Kimia, and also acted in other series such as Mah and Plang, and in search of peace with Mehdi Hashemi and Dariush Farhang.

Athena Faqih Nasiri He was born on the 23rd of November 1347. He is a Spanish language student at Azad University and became famous by playing a role in the series Aunt Sarah and Green House (in the role of Lily).

In April 2018, he announced on the Elixir program that he was away from television and cinema due to MS and was undergoing treatment. A year later, he returned to the cinema by acting in the movie “Khana Maherukh” directed by Shahram Ebrahimi and produced by Mohammad Reza Mohammadi and Shahab Hosseini. Before entering the world of acting, Atene Faqih Nasiri was married to Fariborz Arabnia, but she separated from him after a while. 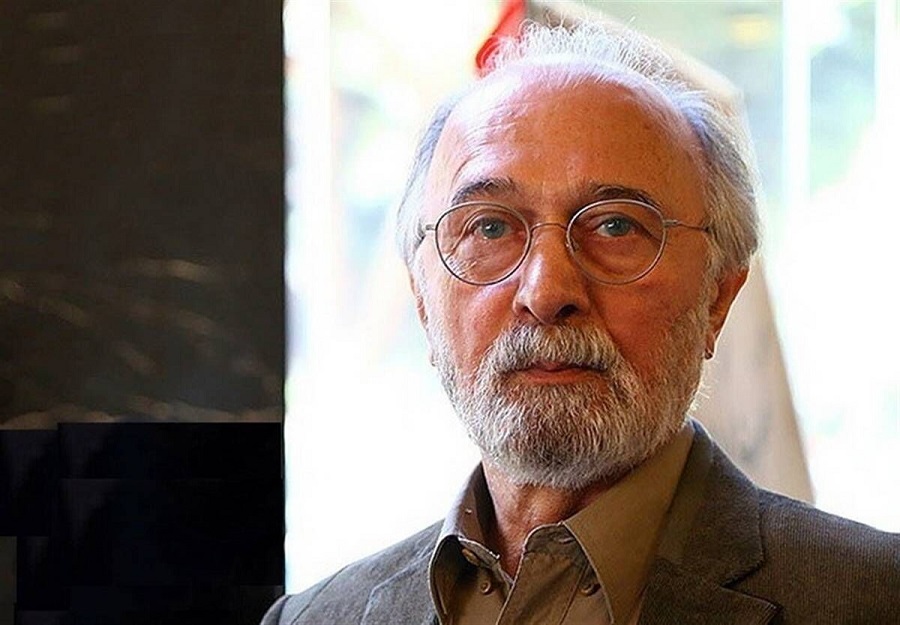 Parviz Pourhosseini who was born on the 20th of Shahrivar in 1320 in Tehran, studied acting at the Faculty of Fine Arts of Tehran University.

From 1339, Pourhosseini learned to act professionally by attending night classes of the Department of Dramatic Arts, and a year later, he started his career by performing the play “The Man of Gold You Owe” to the workers of the Sears.

He has acted in series such as Hazar Dastan, Z Har Koi, Rozi Rozgari, Image of a Dream, Hamsafar and Mukhtarnameh. He from Actors of the 10th night series was also

Parviz Pourhosseini married Nahid Arsbaran, who was also an actor, in 1353, and the result of the marriage of this actor couple is a son named Porang. He has two grandchildren; There is a boy named Sepehr and a girl named Setare.

Parviz Pourhosseini, the popular and famous actor of our country, was infected with the corona virus on the 24th of November 2019, and after a few days of enduring and fighting the disease, he died on the 7th of December 2019 at the age of 79 in Tehran’s Firouzgar Hospital.

Golarah Abbasi was born on the 29th of July 1362 in Tehran. He graduated with a bachelor’s degree in theater from the University of Art and Architecture and started acting in the student theater.

Father Gulara Abbasi He is fond of poetry and literature and his mother is a housewife. This popular actress has a sister named Bahare, who is a nutritionist and lives in the UAE.

Abbasi was one of the students of Amin Tarakh’s acting classes, and at the age of 20, he was introduced to Masoud Jafari Jozani to play in the popular series “Der Cheshm Bad” and started his career in front of the camera by playing a role in this series.

He said about accepting a role in Shidaei series: “When I was invited to Shidaei series, the script and text were so beautiful and catchy that it was clear to me that I would accept, and thank God I worked with great actors.” Golara Abbasi is married to Mr. Adib Rad at the age of 32.

We continue the biographies of the actors of Shidaei series with Amir Jafari, he was born on the 10th of Shahrivar in 1353 in Tehran. He has a bachelor’s degree in management and commerce from Arak Azad University, and by participating in a two-year course under the supervision of Hamid Saarigian, he learned acting and entered the world of art.

Amir Jafari is one of the most prolific theater actors and has won an award five times from Fajr Theater Festival. He started his career in cinema in 1380 with the movie Nan, Eshgh and Motor 1000 and in the same year he went in front of the camera professionally in the movie Fungus Sami, then in 1381 he played alongside Zinda Yad Fath Ali Owaisi in the comedy series without explanation which The best Iranian comic series It was in those years, he became famous.

Amir Jafari In 2016, he married Rima Raminfar, and the fruit of the successful life of this artist couple is a son named Ayen. He is a fan of Esteghlal football team.

Fouladvand thought He was born on the 7th of Mehr 1361 in Tehran. Farhad Fouladvand, his father is a poet and his mother is a retired teacher.

He is a graduate of Islamic philosophy and theology and started his artistic activity at the age of 18 by playing a minor supporting role in the movie “Holy Mary” and then in 1982 he played a role in the movie “Soldiers of Friday”.

In 1388, in his ninth experience in the cinema, he received the Golden Palm Award for the best leading actor from the Jam Jam Film Festival for his role in the movie “Sang First”.

Traitor, Song, Crocodile, Red Tail, Red Rectangle, Walking on Wire, Isolation, Privacy, Rooftop of Tehran, Carousel, Irandekht, Baby Engineer, Lady of the Mansion and Dracula are some of the successful movies and series that Andishe Fouladvand has played a role in them. Besides acting, Andisheh Foladvand is a poet and besides his work, he is very interested in carpentry and buying and selling.

Arash MajidiHe was born on the 7th of May 1353 in Abadeh, Shiraz. He is a graduate of dramatic literature and started acting by performing in the theater. He appeared so strong and good in his work that he was able to reach the first place of acting in the province.

His father was an iron smelter and his mother was a teacher, both of whom are now retired. Although his family were art lovers and were interested in music and books, at first they did not agree with his activity in acting, but now their opinion has changed.

Majidi first experienced acting in front of the camera in 1377 with the movie Shukran. Then he became known by playing the role of a policeman in the series Rostagaran. In 1389, he became famous by playing a role in the series “Zeor Hasht” directed by Siros Moghadam, and after that, he reached the peak of fame with his artistic performance in the Armaghan Tariki series.

Arash Majidi married Ms. Milicia Mehdinejad, who is also an actress, in 2013 (at the age of 30), and the result of the successful life of this artist couple is a daughter. He said about his daughter’s future career: “My wife and I came to the conclusion that if our daughter Misha wants to choose an actress for her future career; We must provide him with facilities. We should introduce him to the world as much as we know it ourselves and help him get a new view of the world around him and become aware of his own abilities.” Biographies of the actors of Mania series with Milisha Mahdinejad To conclude, he was born on the 29th of January 1358 in Tehran. He is a student of general psychology and started his artistic career at the age of 18 by participating in the acting classes of the Young Cinematographers Center.

In 1378, he experienced acting in front of the camera in the TV series Toi Khune, and three years later, when he was 23 years old, he played the role of the movie “Tahesh Post” which was one of the The best movies of Ebrahim Hatami Kia He entered the cinema.

Mahdinejad continued his work on television as an actor and host of the Mehr series on Channel 3 after playing a role in the movie “Khane Habarat” directed by Mr. Ab Paror.

After living abroad for several years, he returned to Iran and in 2009, he played a role in the series “Jarharat” by Mohammad Mehdi Asgarpour.

At the age of 25, Milesha Mehdinejad married Arash Majidi, who is also an actor. They have a daughter named Misha. In addition to acting, Mahdinejad also works as a psychological consultant in the field of depression.

Mohammad Taqi Khan Sepahan is an old man who divides his wealth between his two sons and his daughter Atefe. But Hamid, Atefeh’s husband, squanders the inheritance he received from his wife.

Due to his heart disease, Taha prepares a will and gives the wealth that was his share to his sister’s son Mahan. But he meets a girl named Leila in an incident, and after a while, there is an interest between Leila and Taha and they decide to get married.

In the meantime, Atefeh’s wife Hamid will do anything to prevent this relationship from ending. On the other hand, Taha’s secret from Leila about her past leads to unexpected events that involve all her family members in a way. 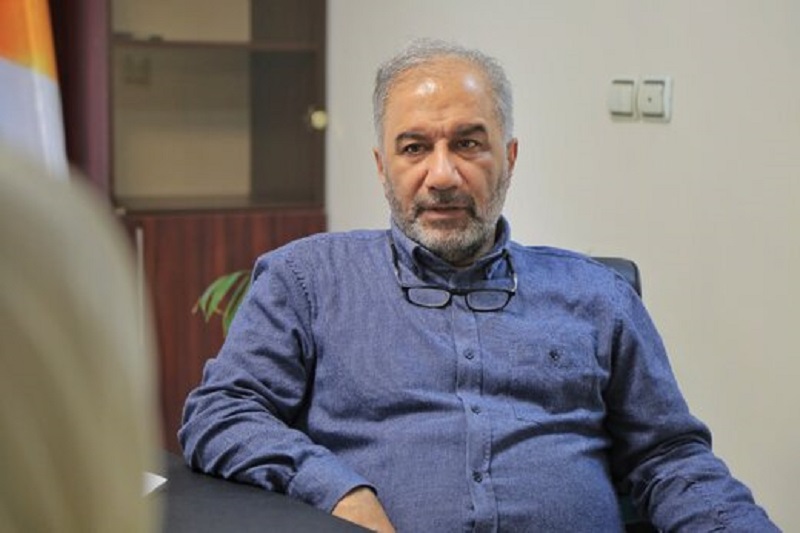 Mohammad Mehdi Asgarpour was born in 1342 in Tehran. He is a graduate of cinema from the Faculty of Radio and Television. He started his artistic career in 1366 by making short films.

Tropical flowers, injury, warm breath, we have a guest, climate, step and flight are finally among the most viewed works of Mohammad Mahdi Asgarpour’s artistic career.

In addition to directing, producing and writing, Asgarpour has other responsibilities, including the deputy director of the war department of the Farabi Cinema Foundation, the supervisor of the experimental cinema center, the director of the children and youth group of Channel 2, the CEO of the Farabi Cinema Foundation, the artistic deputy of the Tehran Municipal Cultural and Artistic Organization, the CEO of Cinema House and He has also been the CEO of the artists’ house.

Producers of the series “Mania”

Who are the actors of Mania series?

What is your opinion about the actors of Mania series? Share your thoughts in the comments section duplicate share Next post New WhatsApp bug; The information of all users is at risk!
Zubaida Naeem